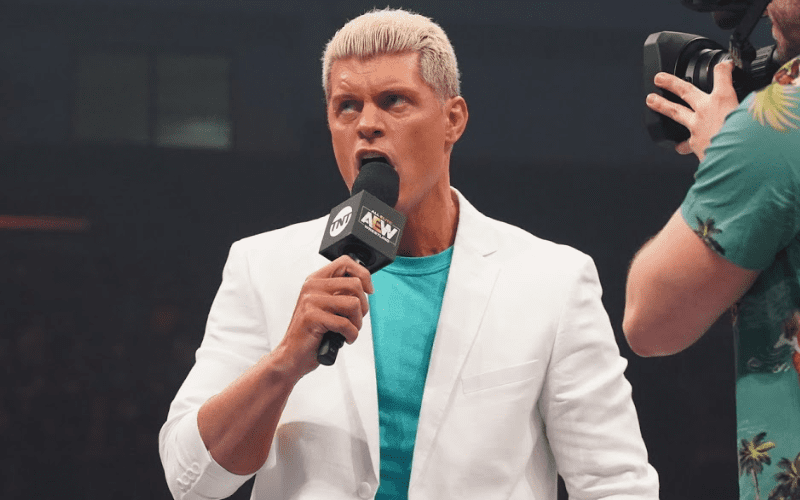 Cody Rhodes is set to defend the AEW TNT Title in an open challenge at Fight For The Fallen. His opponent was revealed as Sonny Kiss, and one fan had an issue with that. The American Nightmare didn’t want to hear any kind of hateful talk about his Fight For The Fallen opponent.

One fan tweeted out at Cody Rhodes with a very hateful opinion about Sonny Kiss. They said: “Seriously Cody Rhodes this is supposed to compete with WWE now? You having a match with this low class f*****t he’s a joke that I’ll never take seriously. He Twerks in the ring like a stripper one of his moves is banging your face into his ass really?!!”

The American Nightmare fired back with a tweet to immediately shut down that kind of talk. He wanted to make it clear that people know he has zero problem with a gay man getting a title shot in AEW.

This is terrible. And you’re not worth the signal boost.

But I’ll make this clear to fans worldwide.

If you have a problem with a gay man receiving a title shot, you can kiss my ass.

AEW is for everyone, and that has been a mantra for the company since they started. They are also not going to let bigoted opinions change the way they do business.

We’ll have to see if Sonny Kiss is able to pull down the AEW TNT Title on Dynamite this week. He will certainly give it his all and hating opinions like that might just provide more motivation.