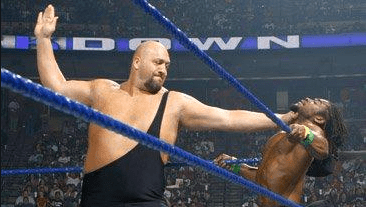 The sound that Big Show’s chops make through the TV is loud and some would think that it’s just an effect. However, that is not true at all because the World’s Largest Athlete packs in a lot of power in each of his chops.

One of Show’s victims is former WWE Champion Kofi Kingston who’s had a number of run-ins in the squared circle with the 7-foot giant. On the latest episode of The New Day – Feel The Power podcast, Kingston said that Show’s chops are the reason why his chest will never be the same again.

Big Show, who was a guest on the show, was accused of sinking Kingston’s chest in with his hard-hitting chops.

You were talking about the reason for people getting hard chops and it’s based on, kind of, like, their attitude. And I wished that you would have told me that back in 2009 because I came out, I debuted in 2008, and you’ll remember, I had a nice, full chest. My chest was popping. Do you know what I mean? I go to do a pushup and my chest hits the ground. Do you know what I mean? I had a real, life chest. And then, [Show] and I ended up having a match, and I got chopped so hard in the chest, and my chest has never been the same since.

Big Show said that the hard chops were a “receipt” for Kingston’s hard kicks to the chin. Show said that Kofi and RVD are the two people who’ve kicked him the hardest on the chin and so, per business traditions, Kingston was in for a little payback.

I’ve been kicked hard in the chin by two people. One was RVD and the other was Kofi.” Big Show continued, “yeah [Kofi] and RVD. RVD did that to me one time right in the middle of his sell. He jumped up and gave me a spinning back kick. He hit me right there in the chin. I told him in the ring, ‘Jesus, if you wanted a comeback, just tell me! You don’t have to kill me!’

Kofi came out there wanting to show his fighting spirit, which was making me crazy. And I’m in the corner turnbuckle and he tried to put my teeth through the back of my skull, which is great! I respect that [Kofi] want[ed] to make it snug. I like snug. Snug is what we do, but understand in our business there is something known in our business as a receipt. So [Kofi] bought that kick. Let me give [Kofi] the receipt along with it.

Kofi said that looking at his chest gives him “buyer’s remorse”. Kingston gave a word of advice to all aspiring pro-wrestlers saying that the price for kicking a giant in the face is steep.

I see it every day, I see it every day. Now I look in the mirror. It’s, what? Buyer’s remorse, right? Do you know what I’m saying? I look in the mirror and I start looking at my chest! Don’t let me pass this sternum onto the kids! Don’t let the kids have a sternum like me. If you ever get in the [pro wrestling] business and you face a giant, don’t kick him in the chin! The price is steep! Sometimes you got to learn the hard way.

It’s been over a decade since Kingston joined the company and over the years, he’s lost his Jamaican accent and his full chest. The Jamaican accent did make a comeback a few years ago during a time-travel segment but unfortunately, Kingston will never get to have a popped up chest again. 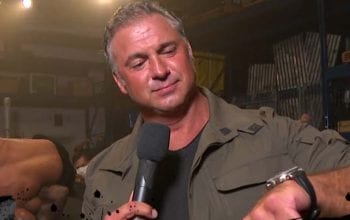 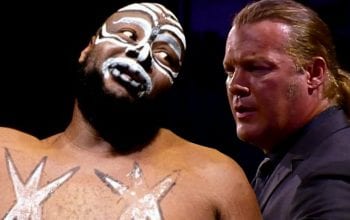