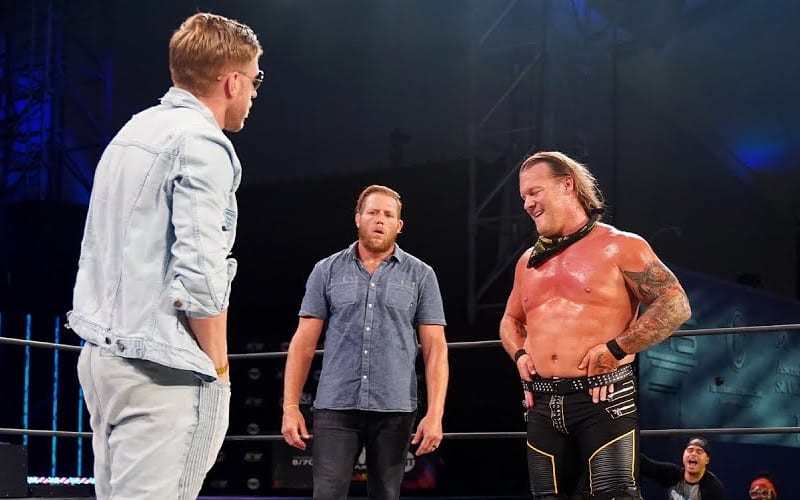 It was always going to be fascinating to see Chris Jericho and Orange Cassidy square off, if only because of how unique their personalities are in the ring.

The possibilities are endless regarding what they could achieve at Fyter Fest tomorrow night, and with the match being pre-recorded, Y2J is already well aware of how things went.

According to him, fans should do all they can to avoid missing out on watching it.

Honestly….This is one of the best matches I’ve had in my 30 year career. I highly recommend checking it out THIS WEDNESDAY on #AEWDynamite!!! #JerichoVsOrange

Cassidy may not be viewed by many as a future main event star, but his character has been able to get over in ways that many would’ve thought impossible when they first saw him compete.

His in-ring prowess may not be on the same level as Jericho in the eyes of some, but perhaps we’ve been underestimating what he can do.