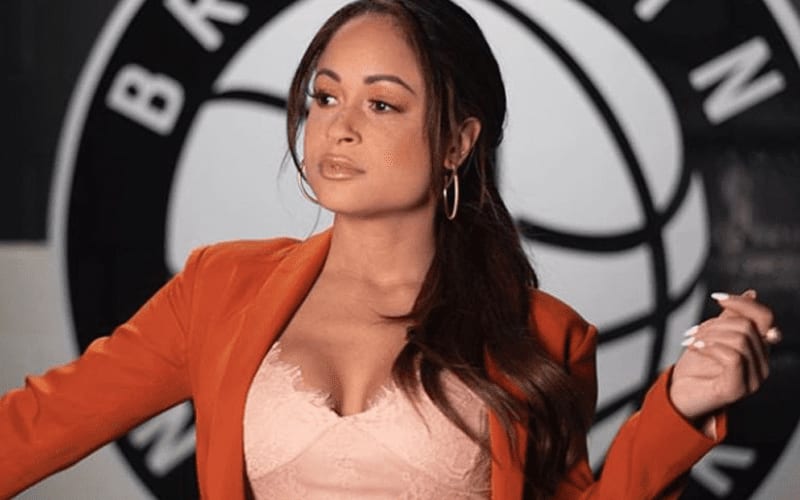 Kayla Braxton revealed that she tested positive for COVID-19 for the second time. Her first positive test was in March. She is getting a lot of praise backstage for this disclosure.

Braxton hosted WWE The Bump this week as usual. Her name was brought up in the company’s address about the discovery of positive coronavirus tests and apparently, it was her request that they do so.

According to Fightful, Kayla Braxton is receiving praise from both Superstars and staff in the company. Her transparency and “care for co-workers” was highlighted.

She had WWE name her in a memo, as well as the circumstances in which she believed she contracted the virus originally. That would be the last time WWE would name someone, or even send out a memo regarding a positive COVID-19 test within the company up to this point.

Kayla Braxton left social media for a while and deleted her Twitter. She is still hosting The Bump, but there is obvious concern for her since it is her second positive test.

Sarah Schreiber filled in for Braxton as a backstage interviewer on WWE Friday Night SmackDown.