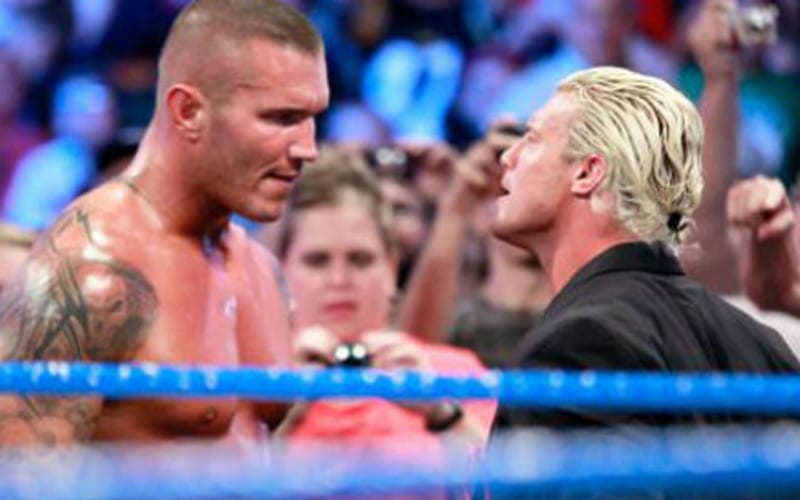 Dolph Ziggler doesn’t watch wrestling, but he was backstage for Edge and Randy Orton’s match at Backlash. He said it was “friggin amazing” to be in that environment.

While speaking to Sports Illustrated, Dolph Ziggler was asked about Randy Orton’s match at Backlash. The Show Off stated that Orton is so good that it “pisses” him off. He’s also not afraid to call Orton out when he messes up. This is something that Ziggler claims other Superstars after afraid to do for The Viper backstage.

I’ll address them in reverse order. I don’t watch wrestling, so I didn’t see their match. But it was friggin’ amazing to be there backstage. I don’t have any ass to kiss here, I have no horse in the game, but these two are two of my favorites. One, because I know a lot of people hate Randy because he’s so damn good. It’s amazing. I’ll be watching Raw, and say, “Damnit, he does this better than anyone.” It makes me so mad. There are only a handful of true naturals, and he is one, and I hate that. So when Randy messes up, I call him out on it. A lot of people are afraid to do that, and that’s fine, but he won’t hear the end of it from me. But good god, no one is as good as he is, and that really pisses me off.

Randy Orton is a veteran Superstar and it stands to reason that a lot of people backstage might not want to give him bad news. Dolph Ziggler obviously feels comfortable enough with his knowledge of pro wrestling to let The Viper know when something could be better.

Now that Ziggler is on RAW it opens up the opportunity to mix it up with Randy Orton, and possibly Edge when he returns from injury. Ziggler is presently engaged in a WWE Title feud with Drew McIntyre at Extreme Rules: The Horror Show.