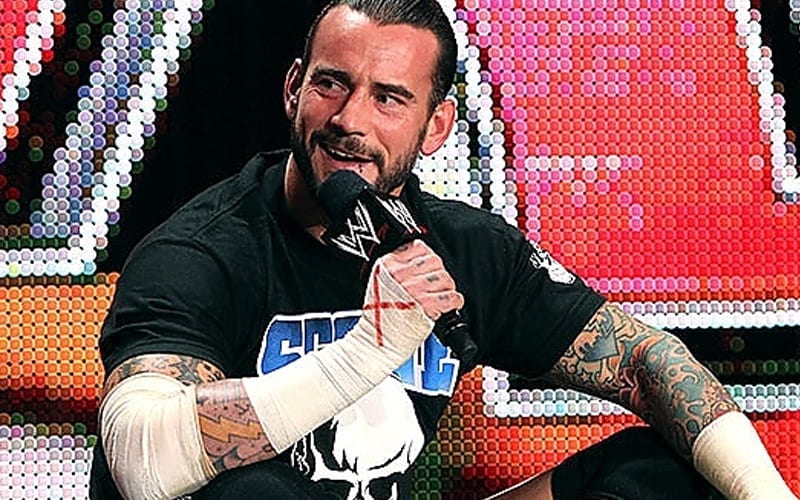 On June 27, 2011, after costing John Cena a win against R-Truth, CM Punk picked up a microphone. He then laid down a famous speech that is now fondly known as the “pipe bomb promo.” Where does Punk rank that promo among the greatest of all time?

WWE On BT Sport sent out a graphic which listed a ton of promos throughout pro wrestling history. The post asked fans to pick three promos to save and the others will be forgotten about forever.

The “pipe bomb” promo was a very popular choice. In fact, “pipe bomb” trended on Twitter for a short time this morning. That actually concerned some people who were unfamiliar with Punk’s promo.

Punk replied to this little game of hypothetical choice. He decided to save Dusty Rhodes’ Hard Time promo, Steve Austin’s 3:16 promo, and his own pipe bomb promo. He also gave a nod to AJ Lee who is the only female on the list.

Hardtimes, pipebombshell, Austin 3:16 Remarkable @TheAJMendez is the only woman on this list. She is so good!

Now that WWE Backstage is over we’re unsure if/when CM Punk might get to talk about wrestling on television. It’s interesting to know his opinion on this subject.

Don’t expect CM Punk to make a return, especially during a pandemic. He seems content doing his own thing and commenting as he likes on social media while watching from afar.