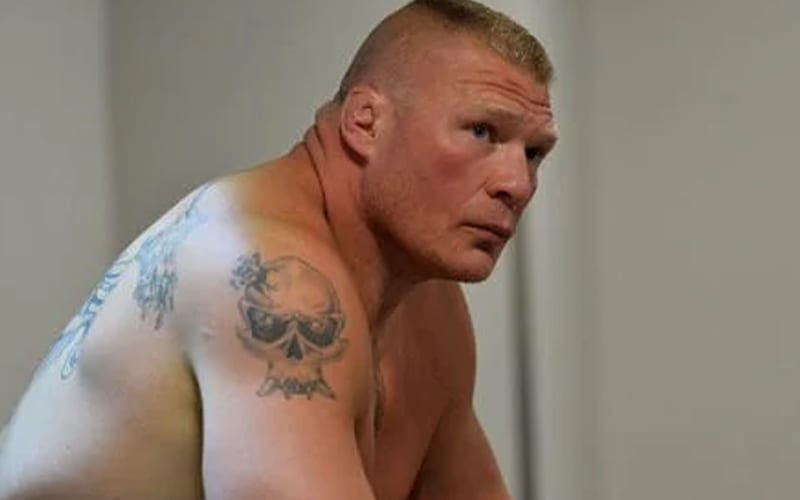 Brock Lesnar left WW in 2004 to join the NFL, but that didn’t work out. He ended up in the UFC and eventually found his way back to WWE. He was miserable during that first run in the company so he needed to leave.

Former WWE head of security Jimmy Noonan spoke with Fox News recently where he discussed Lesnar’s first run in WWE. He admitted that Brock Lesnar hated his time in the company during that first run.

Lesnar might be all about the pro wrestling business now. He gets it which is a reason why so many look at him as such a great entertainer. There was a time when the business just didn’t fit what Lesnar was looking for and he was miserable.

“Brock was a very, very different type of guy. The business just wasn’t for Brock.”

“Let’s go back to the time I was with him in the early 2000s. He came up, I was there before him, he had a meteoric rise at WWE, he became the champ at a very young age, the youngest champ ever.”

“But the business just wasn’t who Brock was. Brock is a guy who wants to go shoot elk in his backyard and wants to ice fish. WWE wasn’t for him but he did very well at it but at the same time, he was miserable.”

“We walk into the airport at the same time and he looks at me and goes ‘Noonan if one fan comes up to me and asks me for an autograph, I’m gonna punch you right in the face’ and that would be the beginning of my day.”

“He hated WWE so much at the time that he bought his own airplane to fly in on his own expense so he wouldn’t have to be with the boys in the airport and be with the fans.”

Brock Lesnar will likely be back whenever Vince McMahon needs him again. SummerSlam is always a possibility, but we’ll have to see when Lesnar shows up next.

Odds are Lesnar’s part-time schedule and huge WWE paydays go a long way to making him much happier during this run with the company.