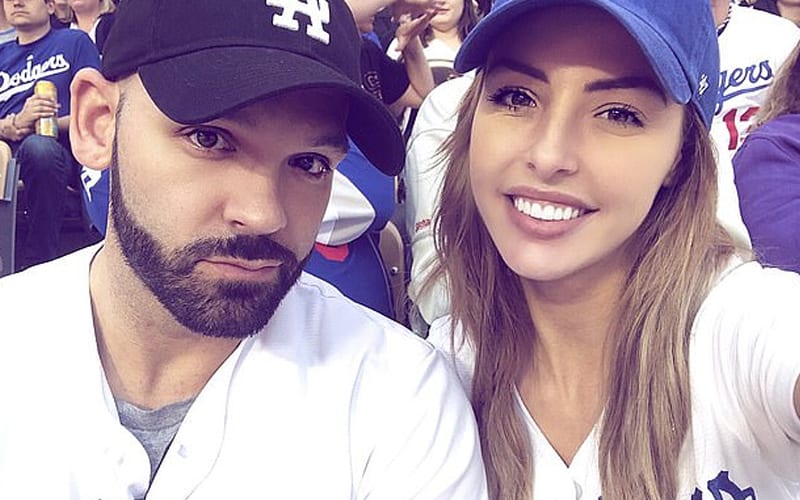 Relationships can be hard, especially when you’re married to someone who works for the competition. Shawn Spears and Peyton Royce were both WWE Superstars when they got together. Spears was still Tye Dillinger at the time. Now they are separated by company lines, but they are still very happy in their marriage.

Click here to check out how Shawn Spears and Peyton Royce made it though the pandemic lockdown.

AEW Unrestricted recently spoke to Shawn Spears where his marriage came up. Being employed by different companies isn’t a problem for them like some might think. They spend a lot of time together, especially during the pandemic. They both love wrestling and each other so it works.

“I got married last year, she has not smartened up yet and left. I still got her fooled. It makes for an interesting dynamic, yes, I agree, but at the same time, and I’m sorry if this bursts people’s bubbles, it’s not as awkward or odd, or difficult as people would hope that it would be [working for different companies].

“We still have a great deal of time together. Most businesses in the world are going through the same thing with the pandemic, so we have a lot of time together, but at the same time it boils down to we both love professional wrestling. She loves what she does, I love what I do, she bounces ideas off me, and I bounce ideas off her. We have a school, we go and wrestle with each other. I treat them all the same man.”

The fact that the two can go to Flatbacks Wrestling School whenever they want really helps them keep the ring rust off as well. A lot of fans thought that WWE might not use Royce again after Spears’ exit, but that obviously wasn’t the case as the IIconics recently made their return to a top spot in the Women’s Tag Team Division.