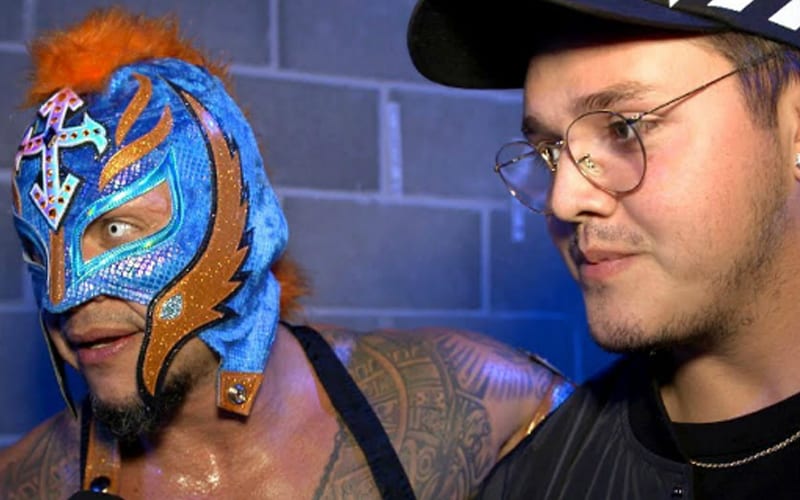 Rey Mysterio’s son Dominik is back on WWE television. This isn’t the first time Dominik was on WWE television, but this time he’s a trained pro wrestler and taking out Seth Rollins on RAW. We’ll have to see how this storyline ends, but Mysterio knows one was he doesn’t want to see it go.

While speaking to Rock Around the Ring, Mysterio was asked about his impending final match. It’s unclear when he will definitely retire, but it stands to reason that his career doesn’t have too many years left, if that.

Mysterio stated that he would hate to face his son when the idea was brought up. Of course, he doesn’t have that choice, but it’s certainly not the way he wants to go out.

“That’s something that I would hate. I would hate to walk out and have my son take over on my last match. I think the torch has already been passed and will eventually again the day that we get to share a ring together and perform in front of fans. That’s when the torch will be passed onto him.”

Rey Mysterio plans on passing the torch onto Dominik, but it’s not by losing to him in his retirement match. Mr. 6-1-9 might have entered the final chapter of his career. At least we know that he doesn’t want to put over his son on the way out.