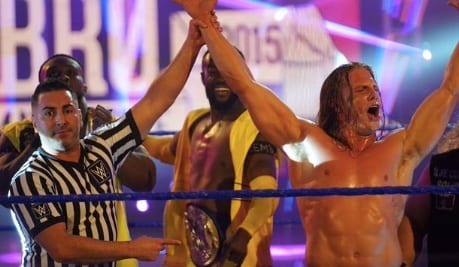 Friday was the definition of a rollercoaster for Matt Riddle, who was at the heart of the #SpeakingOut movement when allegations were made against him.

Many were wondering whether or not he would still make his debut on Friday Night SmackDown, but after a statement that was released by his lawyer indicating that they would be fighting the claims made, Riddle’s debut went ahead.

He was able to defeat AJ Styles in his first SmackDown match, all but confirming that he’ll get a shot at the Intercontinental Championship.

As you can probably imagine, the comments are littered with people both defending and accusing Riddle in equal measure – and it doesn’t seem as if that’s going to stop anytime soon.

Riddle is clearly one of the most talented guys WWE has at their disposal, but this whole situation could quite easily end up ruining his tenure with the company.