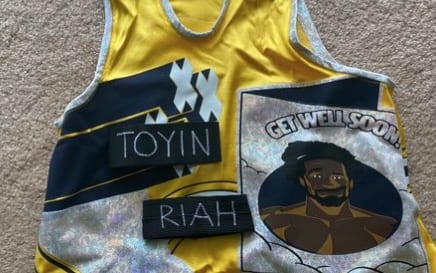 One member of the WWE roster who has been particularly outspoken regarding the Black Lives Matter movement is none other than Big E.

The New Day member has been voicing his support for those who have been protesting, making it crystal clear that he is behind them every step of the way.

In addition to kneeling on WWE programming recently, Big E has also being paying tribute to various members of the movement through his ring gear.

Oluwatoyin Ruth “Toyin” Salau was a Black Lives Matter activist who disappeared on June 6. Riah Milton was a black trans woman who was shot to death earlier this month.

This movement isn’t over – in fact, it’s only just begun.