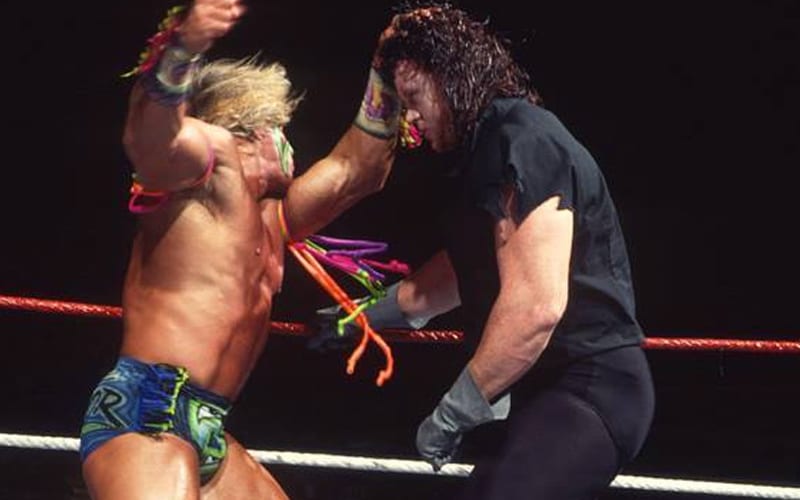 The Undertaker’s persona morphed into several incarnations over the years. That first Deadman character just didn’t sell much at all.

The Ultimate Warrior made a name for himself by squashing opponents in the ring. That same tactic didn’t work with The Undertaker.

While speaking to After The Bell, The Undertaker revealed a time in the ring with The Ultimate Warrior when things weren’t working out for the Warrior. No matter how hard he tried, Taker kept no-selling the punishment. Finally, Warrior had to ask Taker what was going on.

“Most people they had to work toward me, work toward that character. That character was a monster. I didn’t sell that much it really — I remember one night Ultimate Warrior he had been beating on me and pounding on me and just you know everything — he knocked me down, I sit up, I’m coming back up. Finally he goes — and I thought I was, but evidently I wasn’t — he goes, ‘Mark are you gonna sell anything tonight?!’ I was like, ‘okay Jim here we go let’s do this let’s try that.’ I blew guys up early on.”

It took a lot of work for The Undertaker to sell any move. This was very tiring for his opponents. Then again, The Ultimate Warrior would sometimes blow himself up during his entrance, so he might not have had much left for Taker.

It got a bit easier to get The Undertaker to sell a move as his character evolved. There was a time early on when it just wasn’t in his character to feel pain. That was an issue for The Ultimate Warrior.