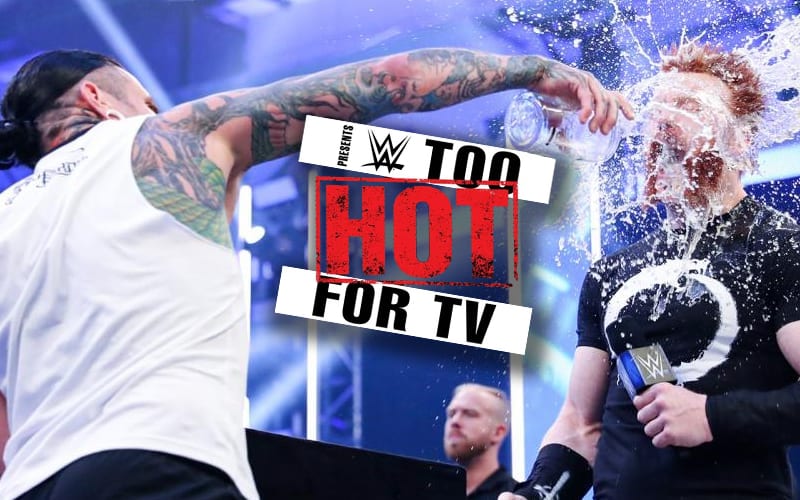 WWE included a rather controversial angle during SmackDown last week. Jeff Hardy was forced to take a urine test before his match against Sheamus at Backlash. Then he tossed a comically full cup of “pee” in The Celtic Warrior’s face. This wasn’t what every fan saw on the blue brand’s show.

Fans watching Fox’s East Coast feed heard Jeff Hardy say: “It’s better to be pissed off than **** **.” Then he threw a cup of pee in Sheamus’ face. They bleeped out the second usage of “piss” because it was talking about the act of urinating. The West Coast feed cut the segment out entirely.

During Wrestling Observer Radio, Dave Meltzer noted that the segment violated Fox’s standards and practices. They obviously don’t want pee throwing on their channel so they ran an extra commercial instead.

“So you know it aired on the East Coast, but not the West Coast. Fox decreed that it violated their standards and practices so they threw a commercial in so we didn’t get to see it on the West Coast.”

WWE likely didn’t clear this segment with Fox. They were not live, but they still ran the segment. WWE must not have realized that Fox doesn’t want people throwing pee on their network. That is a wonderful note to consider in the future.

This segment was also called out in a big way for being a total copy of an older one that Shawn Michaels did with the McMahon family. They obviously didn’t have a problem with pee throwing on the USA Network in 2006. Fox is a different network, especially in 2020.

Do you think the pee throwing angle went too far? Sound off in the comments below!