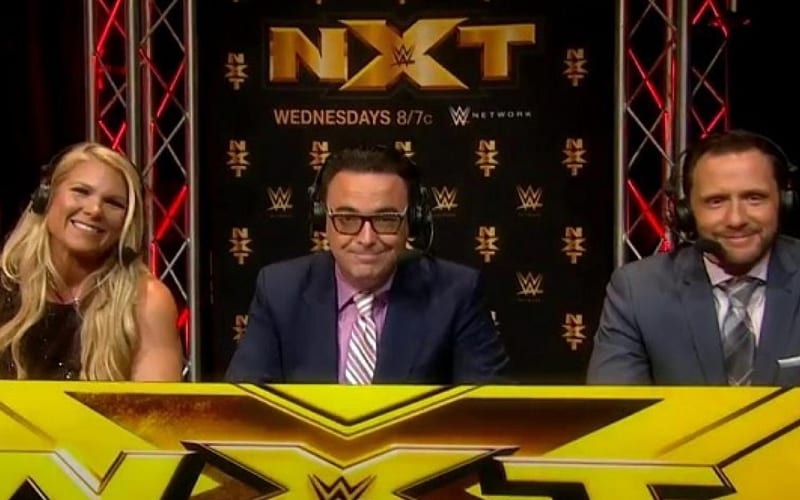 WWE had to make things work with their NXT announce team, but they had the luxury of relying on technology. It is hard to tell unless someone tells you, but that announce team is across the country from each other.

During Wrestling Observer Radio, Dave Meltzer discussed that NXT announce team situation. Mauro Ranallo and Beth Phoenix aren’t shown on camera for a reason. They are not there in the building although their voices are still calling the action in the ring.

“You had a live show with announcers in three different parts of the country. I didn’t notice any problems in it at all as far as anyone stepping on each other and technical issues.”

“I mean you know Mauro Ranallo and Beth Phoenix are never there because they never show them but they’re doing good.”

It will be a wonderful time when everyone can go back to the way things were. Mauro Ranallo will hopefully call the action at ringside once again very soon with Beth Phoenix as well.

A lot needs to change and some serious advances need to be taken in regards to eliminating the threat of this awful virus first. It is unclear if Mauro Ranallo and Beth Phoenix were part of the company-wide COVID-19 testing since they didn’t have to physically be there.