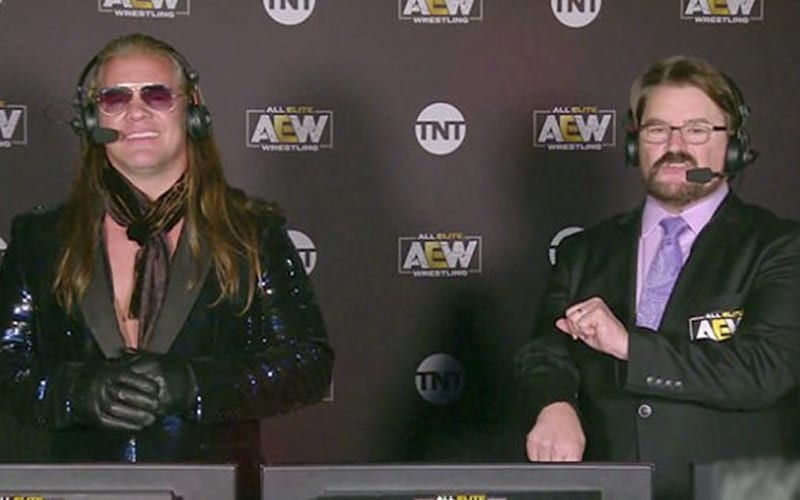 Chris Jericho joined the AEW commentary team when his services were needed. He recorded for hours to provide the soundtrack for AEW Dynamite during those weeks when the show was in QT Marshall’s gym in Norcross, Georgia. The company had someone else in mind first.

During AEW Unrestricted, Shawn Spears revealed that Tony Khan actually called him for the job first. Spears was very nervous upon hearing that he was slated for a role on commentary. He was anxious about being next to Tony Schiavone as well who he considers one of the greatest ever.

“I haven’t been nervous…like a ton…in a very long time. I get nervous before every match but I wasn’t like, ‘Oh My God.’ Like I was in that case, because number one, I’m out there with one of the greatest call men in the business today but now I have to step up and hold my own.”

In the end, Shawn Spears is happy with the way everything worked out. He didn’t have to worry about wrestling and also doing commentary. Spears was in the TNT Championship Tournament at the time so they would have needed to figure something out.

Chris Jericho was able to fill in and record a ton of content for the company for commentary. All the while, Y2J exhibited his expertise at building talent.

“Thankfully, it worked out for the best because you have one of the greatest of all time, Jericho coming in and it just added a whole different dynamic to the show. And obviously, Jericho did a fine job of building up each talent, making matches feel bigger or feel as big as they were.”

Chris Jericho fit in perfectly on AEW commentary and had great chemistry with Tony Schiavone as well. Now AEW has gotten in the practice of bringing in guest announcers as Jon Moxley is slated to join commentary next week.