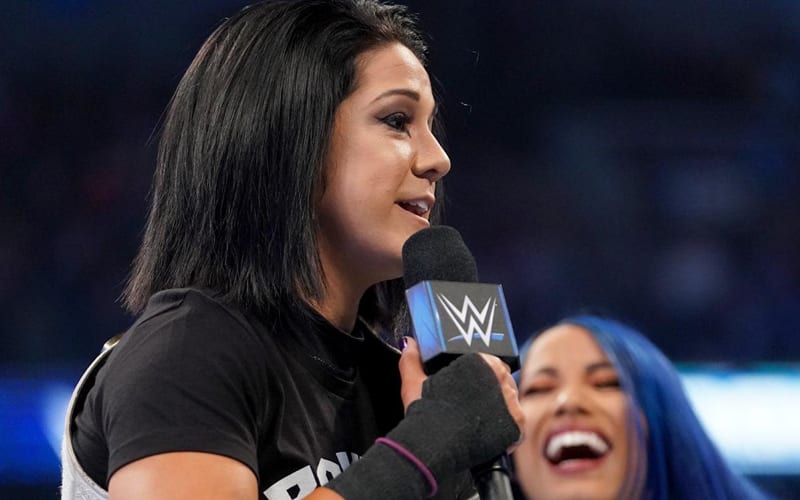 Later tonight at WWE Backlash, Bayley and Sasha Banks will defend their tag titles against The IIconics and Alexa Bliss & Nikki Cross.

It’s safe to say that Bayley on the run of her career as a heel champion, as she’s finally been able to grow into the role in a way that very few thought she could.

One aspect of that which stands out has been her Twitter game.

The IIconics, who took the belts off of Banks and Bayley at WrestleMania 35, always serve as a constant threat in this division – and with Bayley also holding the SmackDown Women’s Championship, there’s a decent chance Royce and Kay could walk away with the titles tonight.

For now, though, all we can hope for is a great match between six of WWE’s best performers from the women’s division.