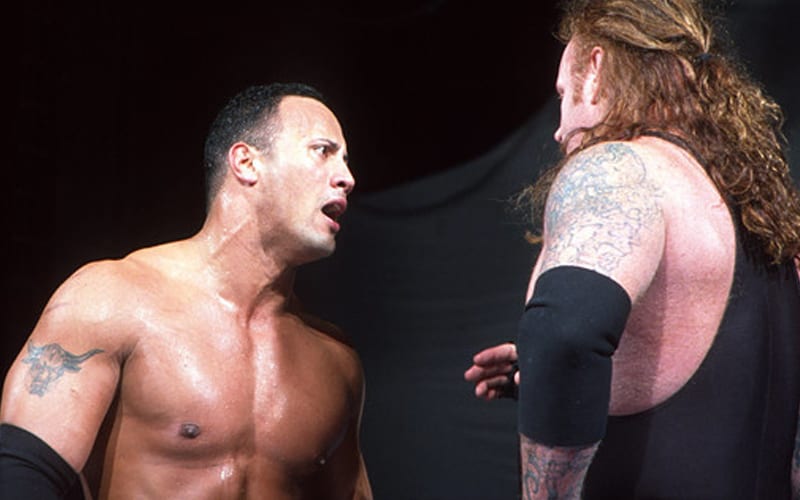 The Rock has gone on to become one of the highest-earning entertainers on the planet and has become a global icon. However, before tasting immense success in wrestling and Hollywood, The Rock was Rocky Maivia.

The Rock has talked about the failure of his first gimmick in WWE multiple times. As it turns out, the Undertaker didn’t like the Brahma Bull’s first gimmick either.

While speaking to Gary Vaynerchuk, The Phenom revealed that he didn’t believe The Rock would last long in WWE.

The Undertaker said that the gimmick was “awful” and that the company had basically handcuffed him from the start. Taker said that he had no idea about how charismatic The Rock was and believed that by the time his run with Nation of Domination was done, he’d be out of the company.

He came in to Madison Square Garden, and they give him the name of Rocky Maivia. Oh my gosh, it was awful, it was totally, I mean they handcuffed him right out of the get go, right? I remember watching him, and the Garden, they’re merciless. If they don’t like what you’re doing, and man, they just lit him up.

Not only did The Rock last in the company but became one of the greatest Superstars that the company’s ever produced. His immensely successful crossover to Hollywood has further cemented him as one of the most successful overall entertainers of all time.