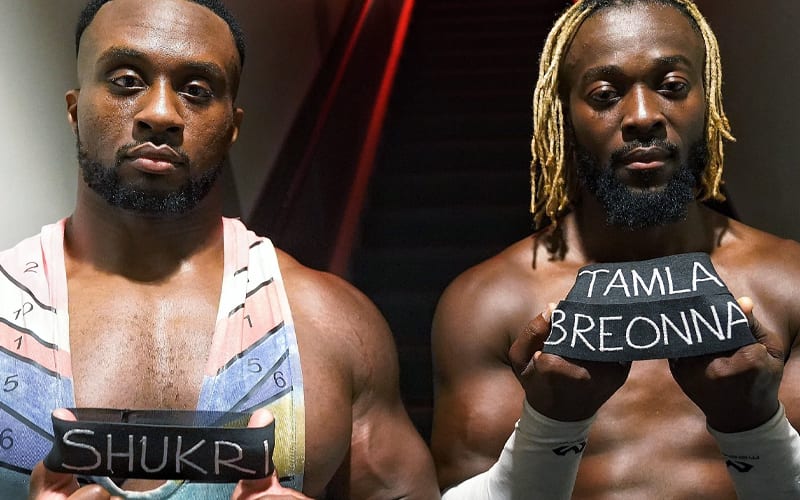 Kofi Kingston and Big E wrestled on SmackDown this week. Before the match started, they took a knee. It was a powerful statement on WWE television.

Big E and Kofi Kingston had words written on their arm bands. Those words were names which honored African Americans who were unjustly killed by police.

Shukri was written on Big E’s arm band while Kofi Kingston had Tamla and Breonna written on his. They wrote those names to remember Shukri Abdi, Breonna Taylor, and Tamla Horsford who were all killed by police. Those names have also been highlighted in the current Black Lives Matter movement.

It was noted on Wrestling Observer Radio that Kofi Kingston and Big E wouldn’t have been allowed to do this tribute in February. This should be a sign of how things have changed to a certain extent as WWE is now fully aware of the current movement for social change in America.