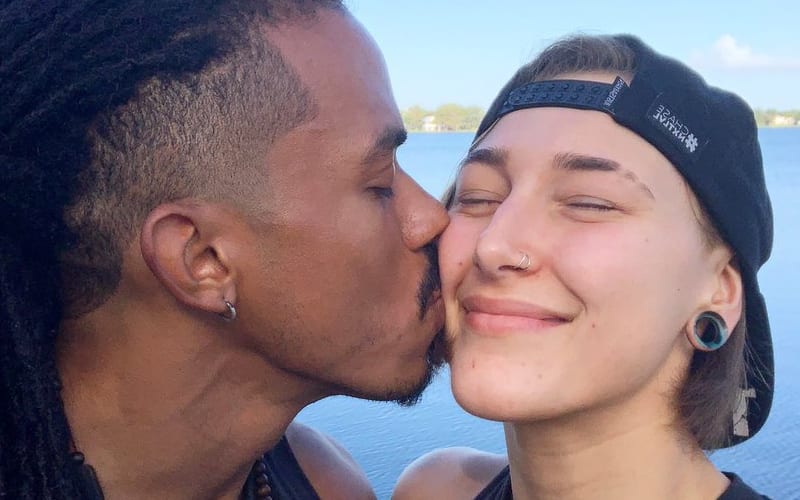 Rhea Ripley is a former NXT Women’s Champion and she is vying to regain that title tonight at NXT TakeOver: In Your House. She will battle Charlotte Flair and Io Shirai in a triple threat match, but Ripley also has her fair share of battles on Twitter. She doesn’t have to fight all of them by herself.

Ripley recently posted a photo where one fan commented back saying that she looks like a male. Then a really big fan of Rhea Ripley’s came to her defense: her boyfriend Action Jackson.

Ripley posted screenshots of the online interaction followed by a caption which suggested that people need to grow up and be better.

Pure Ignorance. Grow up. Be better.
If you have nothing good to say then zip it, it’s that easy…

Rhea Ripley has heard plenty of insults in her life. You have to develop really thick skin to be a pro wrestler. It still doesn’t give fans the excuse to sling such hate her way.