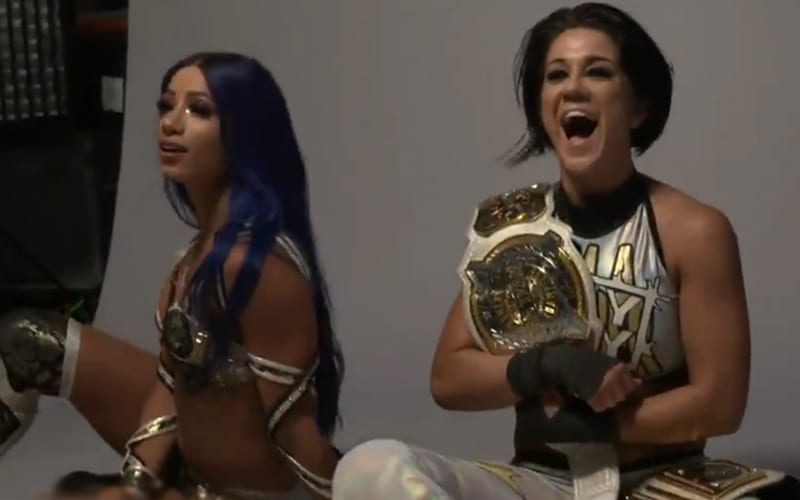 Last year, after they suffered defeat at WrestleMania 35, a story came out that suggested Bayley and Sasha Banks were throwing a bit of a tantrum back at the WWE hotel as a result of their loss.

Months later, apologies were issued out, most notably by Ryan Satin, after the impact of the report was revealed during an episode of WWE Chronicle.

Now, it appears as if Banks and Bayley are happy to laugh about the situation.

The pair have slowly but surely been establishing themselves as one of the most dominant teams in all of WWE, with many fans expecting them to go against one another sooner rather than later.

For the time being, though, they’re more than happy to sit back and enjoy their time on top.