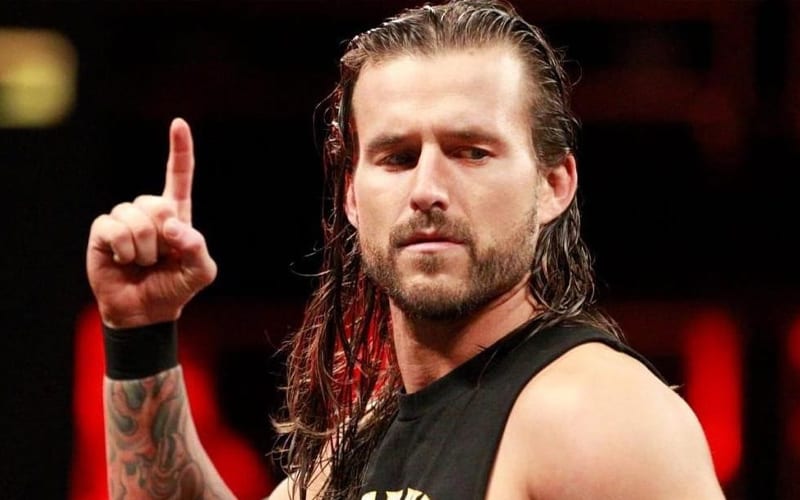 HUGE UPDATE: Adam Cole might be working everyone. A new report says he signed a new multi-year deal with WWE already!

Original: Adam Cole is defending the NXT Title against Velveteen Dream at NXT TakeOver: In Your House. How much longer does Adam Cole have in WWE?

Britt Baker stated in an interview that she’d like to see Cole wrestling with the Young Bucks again. That’s likely not possible unless Cole jumps to All Elite Wrestling.

CBS Sports recently spoke to Adam Cole about his goals in pro wrestling, particularly his next step in the business. He was asked about his expiring contract. For Cole, right now it’s about keeping the NXT Title around his waist right now as he avoided admitting that AEW was a temping destination.

“Right now, and I mean this because a lot of people say, ‘Oh, what’s next? What are you going to do next? You’re NXT champion, what’s your next goal?’ My goal is to keep the NXT championship,” Cole said. “At the end of the day, right now I just broke a full year as NXT champion, I love NXT, I’m proud of what this brand represents and I’m proud of what I’ve done and the Undisputed Era has done. I see no reason why we have to skip over to the next goal or next thing. I think holding onto the NXT championship for as long as possible and making sure this record can and will never be broken is my end-game goal.”

“One of the coolest parts about being in NXT through this transition period is seeing the brand grow and how far it has come even from when I joined in 2017. The brand has grown tremendously. I think, oftentimes, about what NXT is going to be like six months from now or a year from now or two years from now. It’s going to keep growing and growing and getting bigger and bigger. I’m very proud to be a part of that. I just want to continue trying to solidify myself as being the greatest NXT champion of all-time.”

Cole seems determined to leave his mark in NXT, and he is concentrating on his current situation. That’s not to say AEW isn’t somewhere in the back of his mind.

Adam Cole’s WWE NXT contract runs up in August. There are some big rumors that AEW could be tempting. He still has time to sign a new contract, but he hasn’t done so at this time.