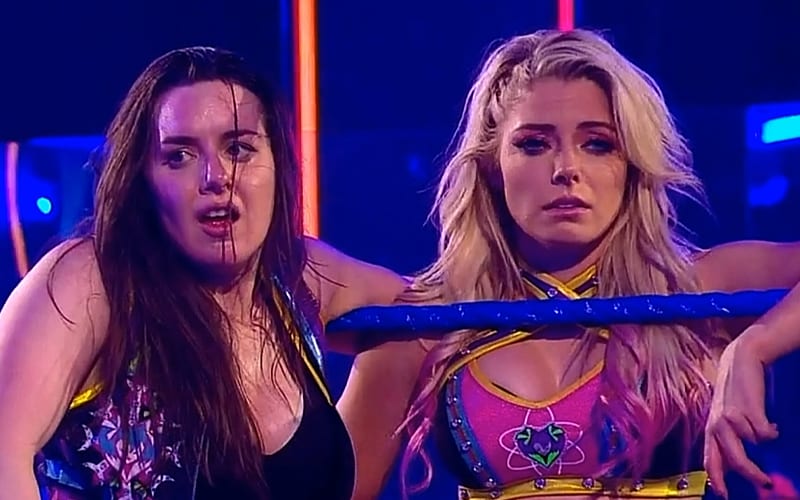 Last night on SmackDown, Alexa Bliss and Nikki Cross saw their time with the Women’s Tag Team Championships come to an end at the hands of Sasha Banks and Bayley.

It was a title change that many saw coming, with Banks and Bayley continuing to go from strength to strength on the blue brand.

In the wake of the defeat, Bliss came a pretty clear reaction to losing the belts on social media.

Bliss is widely considered to be one of the most entertaining members of the main roster alongside her partner Cross, and it wouldn’t be all too surprising to see them hold the belts again soon.

For now, though, it’s time for Bayley and Banks to get a real run as champions.