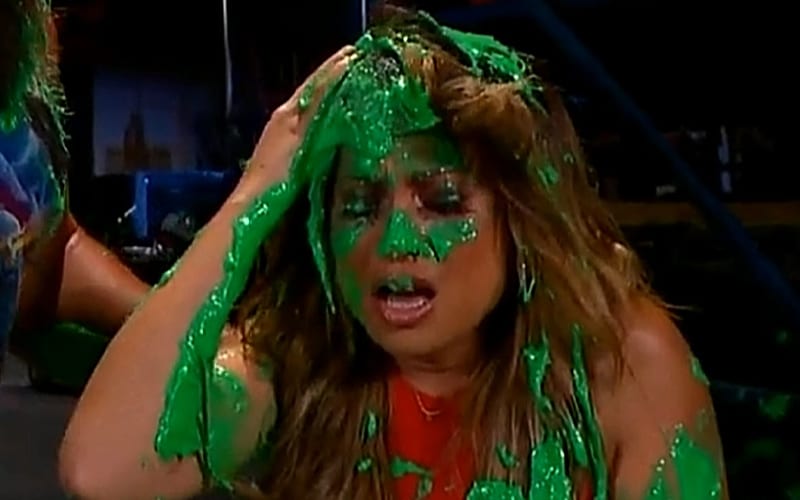 Kayla Braxton was on the wrong side of a prank this week on WWE Friday Night SmackDown. At least she got to recreate all of her old-school Nickelodeon dreams.

Braxton had slime dumped on her thanks to Miz and Morrison. They were trying to make Braun Strowman’s life a living hell, but The Bump host got the brunt of it. All Braxton was able to belt out was “those bastards” before she bolted off.

After she was able to clean herself up a bit, Kayla Braxton tweeted out that she didn’t even say “I don’t know” referencing the classic show You Can’t Say That On Television where Nick’s slime theme originated. In the classic Nick show, if anyone said “I don’t know,” then they were slimed.

I never said “I don’t know.” Miz and Morrison watch your back.

We’ll have to see if Kayla Braxton ever gets her revenge on the A-Lister and Johnny Drip Drip. Odds are they will have a lot to talk about if they’re ever back on the Bump or the Braxton Beat.