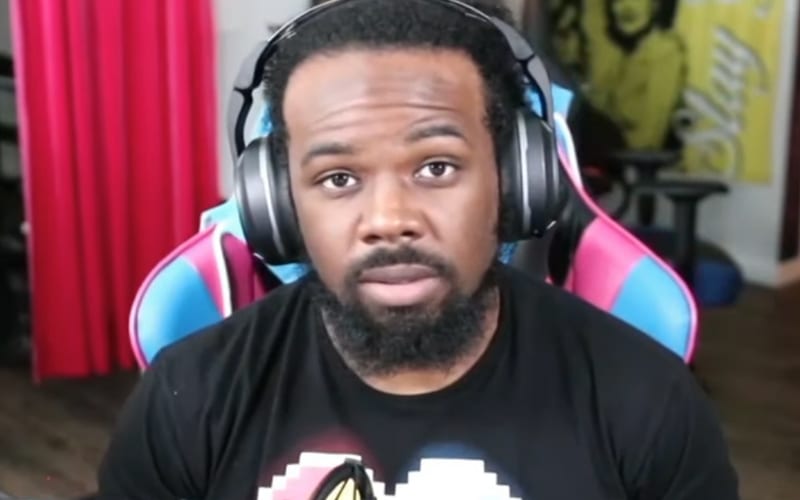 Xavier Woods experienced success in WWE, but he recently spoke to Twitch Rivals and admitted that he’s had to work twice as hard. He opened up in a big way about his history of overcoming racism and prejudice due to the color of his skin.

Woods stated that he has needed to figure out how to present himself as “non-threatening” his entire life. As he continued speaking on the subject, it was hard to hold in the emotion as years of racial injustice.

My entire life I have had to spend to figure out how to present myself as non-threatening and if you haven’t been in that situation or understood something like that – it’s a lot. Because even if someone may hate me, the onus is on me to deal with it, not on them there is no pressure on them to deal with their hate and their pain. While in my house, as a child, I had to have this talk, I had to get this talk, my parents had to give me this information. Not so that I could be smarter, not so that I could do better, it’s so that I could stay alive. That was the first goal in our house – survive amongst people who might not want you to survive.

I want this all to stop it’s been happening for too long. It’s not just become a problem now, it hasn’t just become a problem the last ten years, twenty years. This has been a problem since black people were brought to America. Everything we’ve done is just ask to not be executed. Unarmed people getting murdered in the middle of the street? People being shot 41 times by undercover police while they’re just trying to get in their door? Sleeping in your bed where you’re supposed to be safe?

People busting in and shooting, murdering you? And, people seem to not care or when people hear about it and their response is ‘well, what were you doing to make that happen?’ Why is it on us? It’s always on us and I hate it and I’m terrified with the coronavirus because I have a three-year-old and an eight-month-old. And now, I have to also worry about the fact that the country, the society hasn’t changed enough in the lifetime of my grandfather and my father and myself, that my kids are going to have to deal with this stuff too.

This was a heartbreaking story to hear and Xavier Woods was able to express his thoughts very well though all of the pain. There is a reason why so many are fighting for a change as people are kneeling and crying out for an end to racial inequality. You can watch his entire video below.