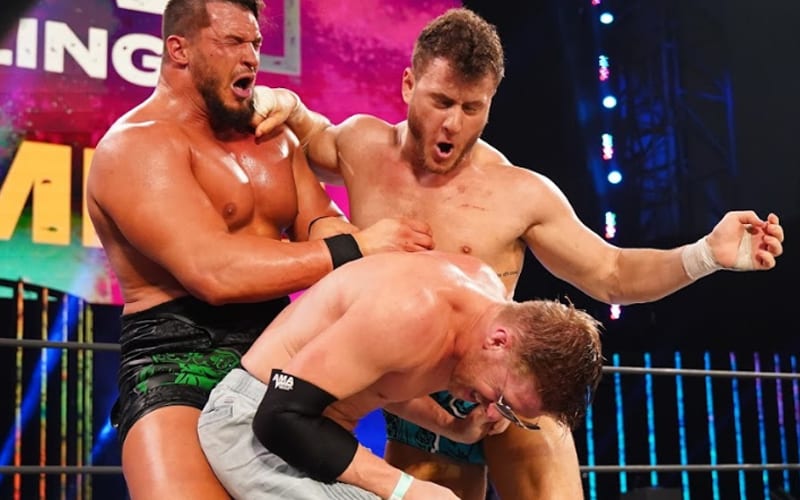 AEW needed to figure out Cody Rhodes’ first challenger for the TNT Title. They decided this by holding an over the top rope battle royal match. This was a highly rated segment drawing more than 1 million viewers, but who gets credit?

Orange Cassidy entered the match, but he was attacked before getting to the ring. Battle royals take a lot of work so Freshly Squeezed sat a majority of it out. This was a plan from Tony Khan according to the Wrestling Observer Newsletter.

While Khan laid out the finish, it was also noted that the battle royal segment was a joint effort from Cody Rhodes and Khan as they laid out the details of the match. Christopher Daniels, Billy Gunn and Colt Cabana also helped.

The battle royal segment did over 1 million viewers with more than 500,000 of them in the 18-49 demographic. Obviously something they did in that match captured the fans’ attention.