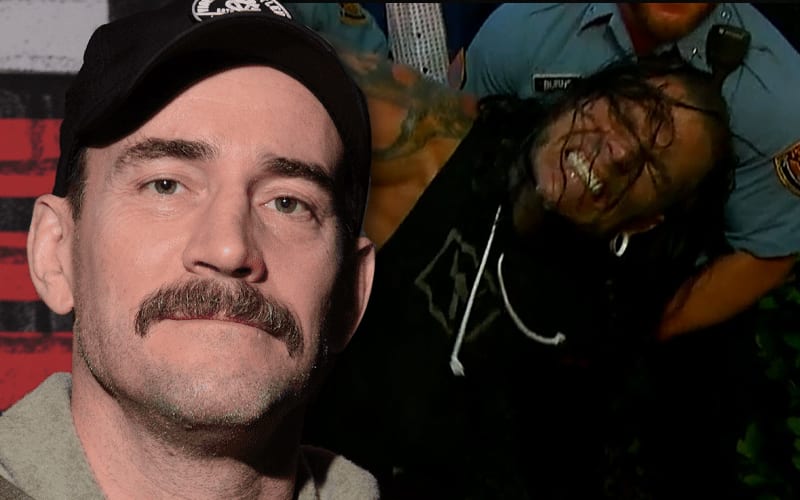 CM Punk watched WWE Friday Night SmackDown last week so he had a lot to talk about on WWE Backstage this week. Jeff Hardy’s DUI segment on the show upset his brother Matt and sister-in-law Queen Rebecca, but CM Punk didn’t seem to like it either.

When Hardy’s DUI crash segment was mentioned on WWE Backstage, CM Punk stated his objection. Sobriety is “very fragile” as CM Punk put it so he didn’t agree with WWE putting Jeff Hardy in that position.

“I’m speaking from experience because I worked extensively with Jeff. He, at that point, was not at a great place mentally and physically. My thing with this story is that somebody’s sobriety is very fragile and important. We talk about how Jeff is okay with it and he greenlit. To me, it is the responsibility to get in front of that, whether it be the company or a writer, and be like ‘no, we ‘re not doing that.’ Cleaning your life up and getting sober, we can champion that in many ways. You don’t put him in front of a moving car.”

CM Punk isn’t alone in this feeling. Many regarded the segment as a bit tasteless. WWE often brings their Superstars’ personal lives in the storylines to add an element of realism.

Hardy is still waiting for his court date for that DUI as it has been pushed back several times. They should have decided to avoid inserting Jeff Hardy’s sobriety into the mix if you ask CM Punk.