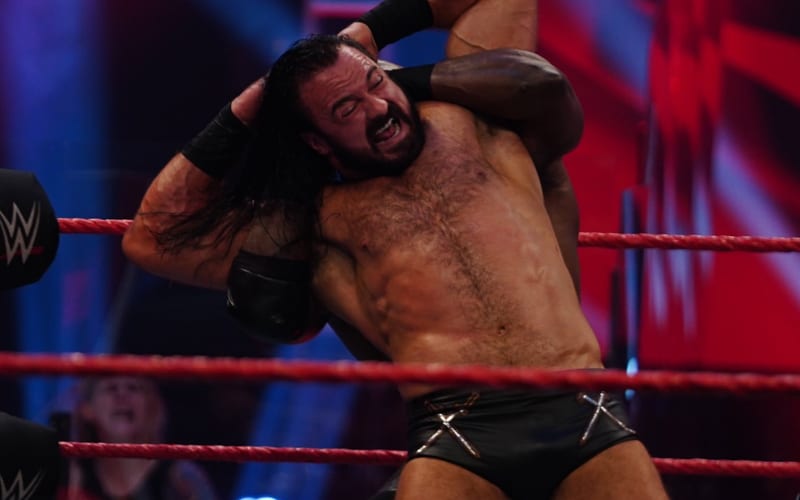 WWE RAW ended this week with Bobby Lashley jumping in the ring and latching on a Full Nelson before the show faded to black. McIntyre struggled at first, but then he wasn’t moving much to resist the move. When RAW Talk started, they cleared things up for fans.

Charly Caruso addressed the conclusion of RAW this week when RAW Talk opened. She made it clear that Drew McIntyre did not pass out at the hands of Bobby Lashley. She stated that he was still struggling to break free of the hold when the show ended.

WWE obviously wanted to make sure that Drew McIntyre was still presented as strong as possible. He might not have been able to break free by the time RAW ended, but he is still the WWE Champion.

Drew McIntyre will defend the WWE Title against Bobby Lashley at Backlash.