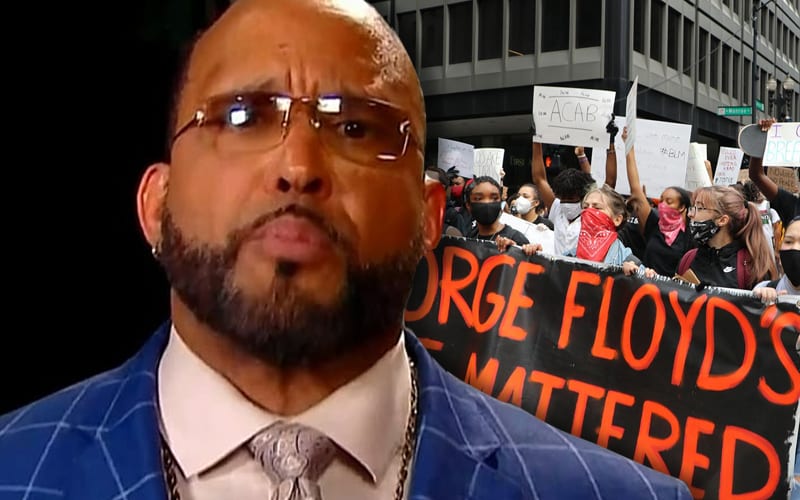 America is filled with voices crying out for change. MVP is one of the people desiring some kind of a change and he knows it will take a lot of effort to create a cohesive effort to bring the reform they desire in society.

While speaking with Lilian Garcia on Chasing Glory, MVP discussed how he can’t vote. As a felon who lives in Florida, he lost that right before he was old enough to vote. This is one of the things that he says is being used to suppress voices in states such as Florida.

MVP went on to say that the “powers-that-be” want Americans to argue. He doesn’t subscribe to any one specific political party, but he said those in power want this disarray among the people so they can continue their reign.

This is an uncertain time of frustration as we see cities in chaos. MVP stated it is important that a united message is brought for real change to begin. “The powers-that-be” might not want anything to change because that could risk their seat on top.