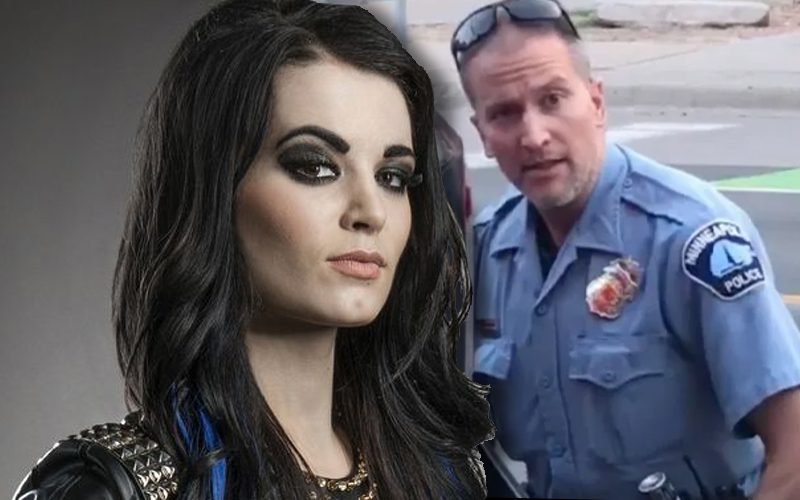 Paige recently saw a reaction to George Floyd’s death that she had to speak on.

Petal, Mississippi Mayor Hal Marx stated that he didn’t feel there was “anything unreasonable” about how police handled George Floyd’s arrest. Paige and millions of others disagree with his opinion.

Paige had her own way of dealing with this Mayor as she suggested that she put her knee across this fellow’s neck for 9 minutes. Maybe Hal Marx would change his “dumb ass statement” then.

Hey Hal, Can someone kneel on your neck for 9 mins to see if your dumb ass statement is accurate?

Titus O’Neil had a heartfelt message about the George Floyd tragedy. He wondered what he’s supposed to tell his kids at a time like his. Jey Uso expressed the same fears.

There is a lot of frustration, fear, and uncertainty in the world right now. Approaching George Floyd’s arrest like it was handled correctly is not a wise position to take. Paige made that point very clear that it is in no way accurate.