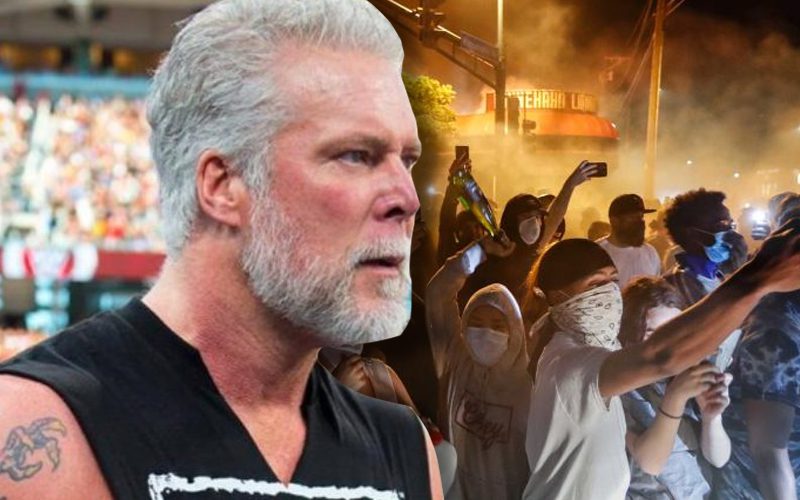 The city of Minneapolis is in chaos due to riots caused by the injustice after George Floyd was killed while in police custody. He was being arrested on a non-violent offense, but he paid for it with his life. People are angry and the streets filled in a few major U.S cities. Now Kevin Nash is speaking out to warn against joining the riots.

CNN reporter Omar Jimenez was arrested on camera while reporting from the riots. He was just doing his job and despite it being broadcast for a shocked nation, Jimenez and two others were still arrested.

Kevin Nash used Omar Jimenez as an example of why people should stay inside tonight. The police are jumpy and could do something as Nash warned to not include another lost life to this tragedy.

If you’re thinking about making your way to the streets of Minneapolis tonight don’t. They have already falsely arrested a black CNN reporter clearly with proper ID let alone a camera crew. Their looking to even the score of the arrest of one of their’s Let’s not add another life

This is a very uncertain time throughout the world. We are also still in the midst of a pandemic in addition to everything else happening. Please be safe out there. If you ask Kevin Nash, you shouldn’t be taking to the streets tonight.