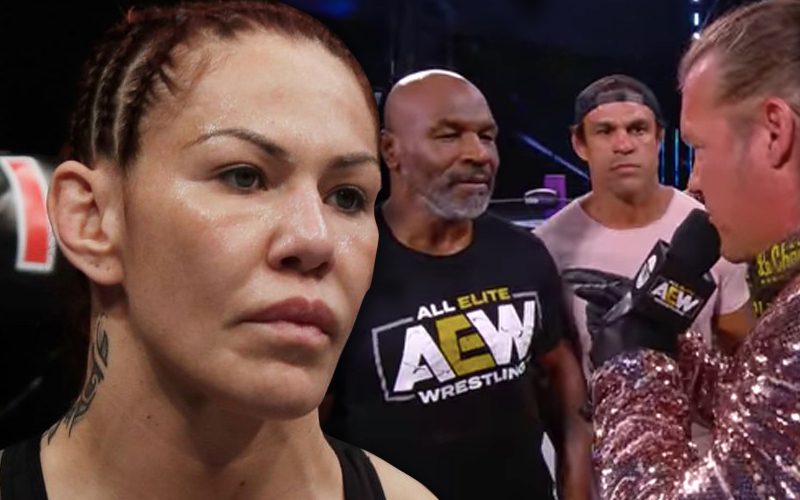 Cris Cyborg has expressed some interest in WWE recently. This came after saying she wasn’t interested in pro wrestling because the idea of selling didn’t make a lot of sense to her. Now Cyborg is paying close attention to AEW.

Following Mike Tyson’s AEW Dynamite debut, Cris Cyborg tweeted out that she noticed Iron Mike didn’t have any females in his crew. This is a spot she might seem happy to fill.

We’ll have to see if AEW is interested in bringing in Cris Cyborg. Mike Tyson had a few notable named from MMA with him during this week’s Dynamite. Perhaps he will add to those numbers the next time he comes around to confront Chris Jericho.