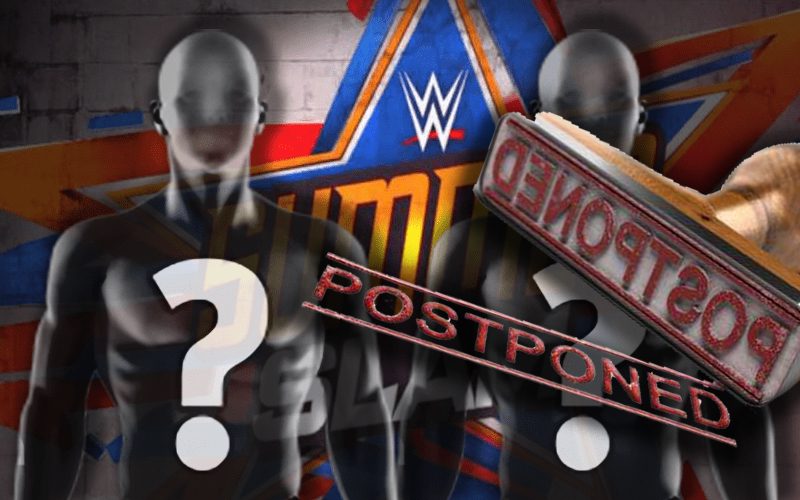 WWE has a lot of plans and some of them needed to be changed due to COVID-19. One SummerSlam match might be delayed now, but it’s for good reason.

Sasha Banks has been tagging along with SmackDown Women’s Champion Bayley recently. They have adopted a much different dynamic where Banks is rarely allowed to speak and there’s a feud brewing somewhere.

Wrestle Talk reports that WWE was planning for Banks vs Bayley at SummerSlam, but it’s not happening now. They are going to extend the feud out instead of carrying on with the plan they had for “the past few months.”

Another reason for this delay is due to SummerSlam’s location. Since SummerSlam will no longer in Boston then that means Sasha Banks won’t get a hometown pop.

We’ve also been told that part of the reason for delaying Banks and Bayley’s match is because of the location that SummerSlam was set to take place.

Sasha Banks is seemingly being positioned as the babyface in this feud as Bayley is portraying an overbearing heel champion. It’s only a matter of time before things boil over in this situation. It appears WWE is going to keep things simmering through the Summer.