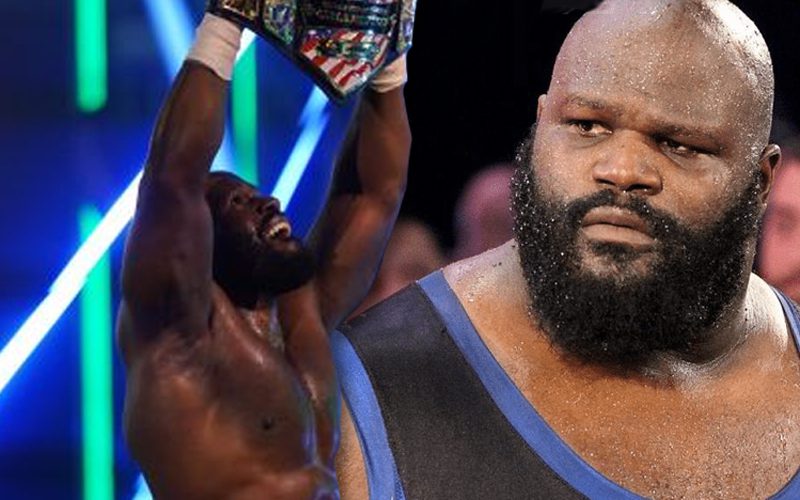 Apollo Crews defeated Andrade on WWE RAW this week to become the WWE U.S Champion. This marked Crews’ first singles title in WWE and it was a very big event in his carer.

During WWE Backstage, Mark Henry spoke about Apollo Crews’ big win on RAW. He helped bring Apollo Crews into WWE so it was a special moment to watch Apollo capture the WWE United States Title. Now the hard part will be hanging onto that strap.

“I think it’s great. I think it’s time for him to enjoy the moment and to have a good time, but now you have to be the champion. It’s harder to stay champion than it is to get there.”

Mark Henry is very correct in his analysis. The World’s Strongest Man knows all about how hard it is to hang onto a title as he held several over his WWE Hall Of Fame career.

Vince McMahon came back around on Apollo Crews following months of burying him. Let’s see how this new found push works out for the new U.S Champion.