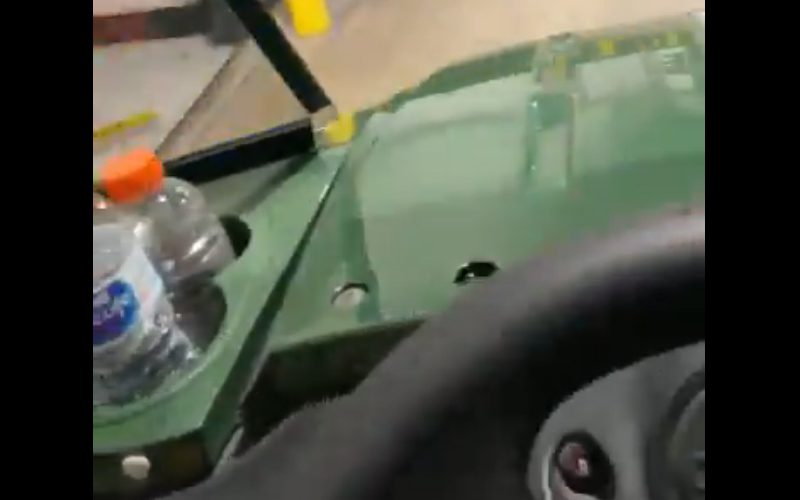 Sammy Guevara is now known for more than just being a Spanish God. He is now synonymous with running from speeding golf carts.

Before AEW Dynamite this week, Lancer Archer uploaded a video where he was reenacting Guevara’s golf cart chase, only Sammy wasn’t around so Big Swole had to fill in.

Lance Archer was looking for Big Swole “I found her! I found her! He shouted in an excited tone.” It looks like she was able to get away, but the two AEW stars have a very unique way of playing around.

If you’re wondering why he was looking for her, it stems from a video she posted. Big Swole spotted Archer prior to AEW Dynamite and said: “It smells like bitch in here,” she said while zooming in on him.

The AEW roster really is like one big happy family.