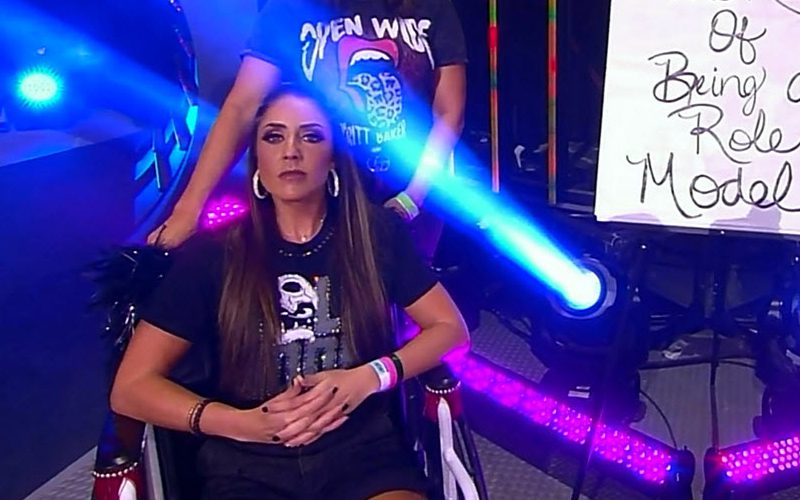 Britt Baker’s leg was injured due to a bad spot in the ring. This week Britt Baker rolled out in a wheelchair to make sure that her fans knew what was really going on.

Baker claimed that her broken leg was the result of a conspiracy theory. She stated that it was a blatant 3 on 1 attack that was likely in the works since AEW started.

Baker said Kris Statlander being an alien is “a crock of sh*t.” She said that Shida is a cheater and Nyla Rose is a conspirator as well.

Britt Baker brought out a board which she called a web of conspiracies. She connected all the dots while saying that there is something evil at play and it’s all against her.

Before Britt Baker left, she stated that she will be back at All Out. It appears that Britt Baker’s injury will be healed up by September 5th’s big AEW pay-per-view.