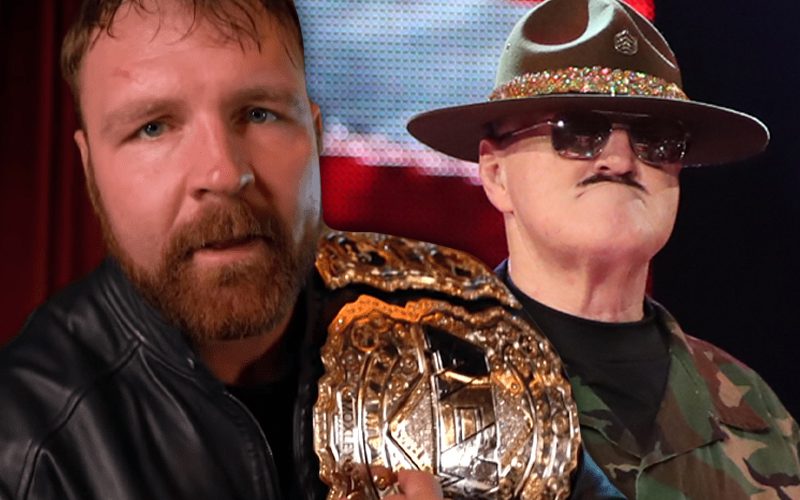 Jon Moxley left WWE and ended up in AEW. Sgt Slaughter is very proud of him for making that decision.

Cody Rhodes and Jon Moxley posed following Double Or Nothing to recreate their famous photo from one year prior. This time they were both holding up titles while showing off their favorite fingers.

Sgt Slaughter commented on this photo to congratulate Moxley for leaving WWE. Slaughter fought for his freedom from Vince McMahon be as well, but Mox’s battle didn’t land him in court.

Jon Moxley “Congrats” on ur life after leaving the Flagship WWE VERY happy for U, especially since I was the 1st to go up against “The Emperor” & fight for MY FREEDOM

Luckily U got to by pass the lawsuits & courtroom appearances

This was a rather unexpected nod of confidence from Sgt Slaughter. Odds are Jon Moxley had all the intentions in the world to continue on. Hearing this encouragement from Slaughter probably helped too.