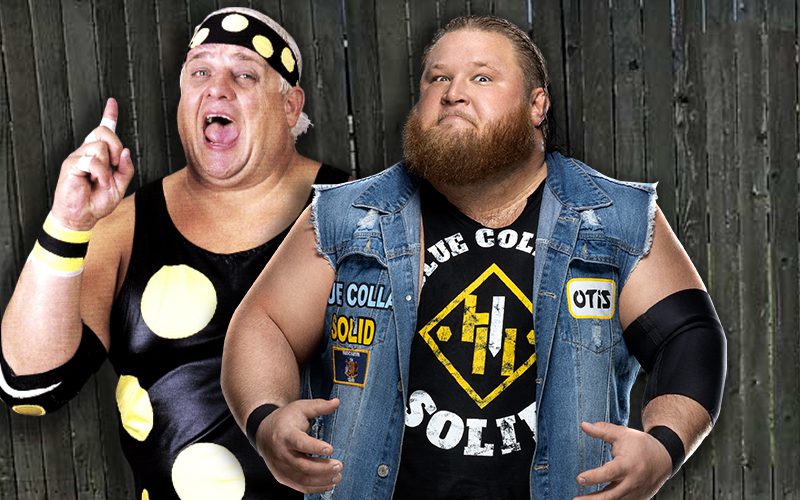 Otis is a very unique character and Vince McMahon is 100% behind his push. Having McMahon as the driving force behind your ascent in WWE is a great place to be. Otis reminds a lot of fans of various Superstars from the past, but one he doesn’t hear often is Dusty Rhodes.

While speaking to Sportskeeda, his likeness to The American Dream was mentioned. Otis stated that he hasn’t “heard too much of that comparison.” It is an honor to be considered in the same category as Dusty Rhodes.

“There’s only one Dusty Rhodes. I haven’t heard too much of that comparison but I guess you could say that because we’re both big, beefy guys. Good looking, thick men.”

“It’s an honor. He’s one of the best of all time, Dusty Rhodes. And watching his stuff back too, just to see how he was working his swagger on the camera, how he translated to the fans was awesome, man,”

Not only does Otis resemble Rhodes’ build, but his blue collar solid gimmick is pretty close to Rhodes’ working man. It makes sense if Otis doesn’t hear that comparison often. The Rhodes name is probably one they don’t mention backstage anymore.

Otis has a long future ahead of him in WWE. Let’s see if they ever put him in polka dots.