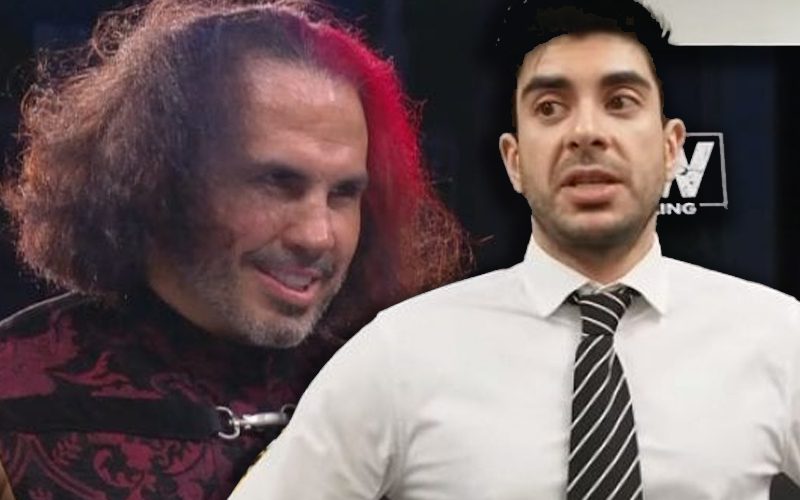 Matt Hardy signed a full-time deal with AEW. He is likely exclusive to AEW in the United States, but other top stars like Chris Jericho and Jon Moxley are allowed to work for New Japan Pro Wrestling. Hardy has that option as well, but will he take it?

While speaking to Wrestling Inc, Hardy revealed what he told Tony Khan about possibly working with NJPW. Matt Hardy admitted that he didn’t think his body could handle a part-time schedule in NJPW while working for AEW.

If a match for New Japan is in Hardy’s future it will likely just be a program leading to Wrestle Kingdom.

“I could do New Japan if it makes sense. In my conversation with Tony, I said if I was gonna do New Japan I’d be interested in maybe doing a small feud that ended at Wrestle Kingdom. I wouldn’t want to go to Japan and work part-time. I don’t think my body could handle that with the wear-and-tear and travelling. I’m very happy doing this one day a week at AEW.”

“Later once society gets back to normal in the future, I can do outside appearances and signings. There’s so much creative freedom and freedom of schedule with AEW.”

Matt Hardy seems very happy in All Elite Wrestling. He can express himself better, and he has much more creative freedom. He also has the ability to work for NJPW if he wants to.

It might be interesting to see Broken Matt Hardy in NJPW. Who would you book him against? Sound off in the comments below!