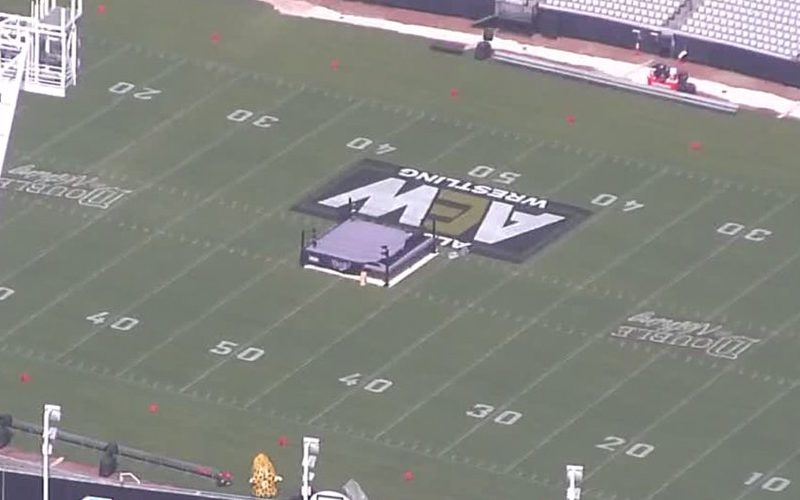 AEW Double Or Nothing is tonight and we will have complete coverage right here at Ringside News. It’s unclear which match will close out the show, but the Stadium Stampede match is definitely in the running.

All Elite Wrestling filmed the Stadium Stampede match yesterday. PW Insider reports that they did this to “maximize the presentation of the bout.” They also didn’t want to have any “dead air” due to taping in different parts of the stadium.

It was a very long night of filming and they finally completed at 5:00 AM.

In order to maximize the presentation of the bout and not have dead air as talents made their way to different parts of the stadium, AEW AEW taped the match overnight, finishing up around 5 AM this morning.

There is a ring at midfield of TIAA Stadium, but The Elite and The Inner Circle battled all over the stadium in a wild falls count anywhere match.

The Stadium Stampede match still needed to be edited and finalized before the show even after filming wrapped up. It was a lot of work, but Chris Jericho stated it was the best thing he’s done in 30 years of wrestling.