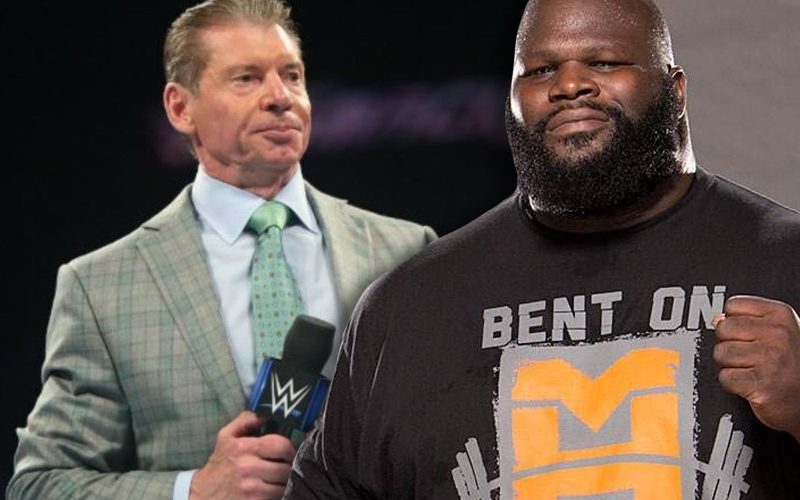 Mark Henry is a WWE Hall Of Famer and worked his way up through WWE. He didn’t have a start in the indies. He received a call from Vince McMahon in 1996 and received a big opportunity.

Henry stated to VLADTV that he made up his mind that he wasn’t competing in Olympic weight lifting anymore. He spoke to Bob Young and was going to become an NFL football player. He wasn’t just going to sit at home. He got a workout in with the Redskins, but then WWE called.

Mark Henry got a call from Vince McMahon. “I hear you like wrestling,” McMahon said to Henry. “Hell yeah,” Henry replied to The Chairman of WWE. Then McMahon said “I want you to come and see how we do things.”

Henry said he watches about 13 hours of pro wrestling a week. It’s part of his job as part of Busted Open Radio, It’s Not A Sports Show, and WWE Backstage. Sometimes it pays off being a superfan.