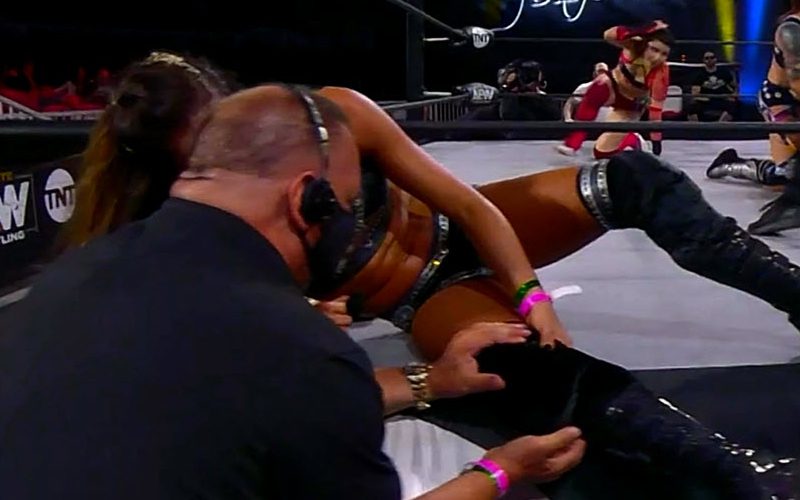 AEW Dynamite included a tag team match with Britt Baker, Nyla Rose, Hikaru Shida, and Kris Statlander. One spot did not go as planned and now AEW’s resident dentist might be hurt.

Shida and Statlander picked up Nyla Rose and powerbombed her into Baker as she laid in the corner. It appeared that Rose landed right on Baker’s knee.

During Wrestling Observer Radio, it was noted that “they think it’s probably bad, but she has to be checked out.” It could be “a pretty serious knee injury.”

This is an unfortunate injury and terrible timing. Baker is set to face Kris Statlander at Double Or Nothing. At this time the match is still on, but it reportedly didn’t look good.