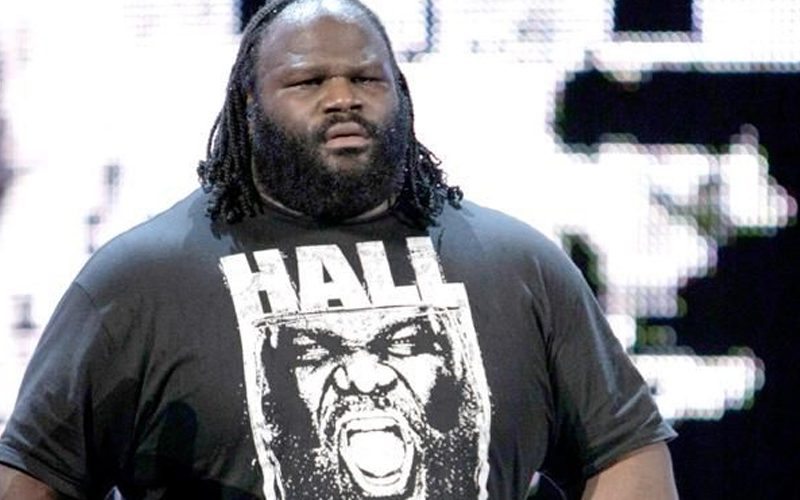 Mark Henry is the World’s Strongest Man. He is also a WWE Hall Of Famer. There was another name that WWE wanted to use for him, but he had to shoot it down fast.

While speaking to VLADTV, Mark Henry discussed having to step up to WWE writers to get them to nix the “silverback gorilla” nickname. He also discussed how he handles other racist situations.

Henry was running full-time with WWE and around 2003 he was a part of Thuggin & Buggin Enterprises. This storyline involved them saying that they were victims of racism. As he looks back at the storyline now he sees that the angle still holds true today because there are biases in the pro wrestling industry. He’s just not going to put up with it.

Mark Henry stated that he’s done his best deal with any racist situation because “I ain’t gonna have it and there’s only room enough for right and if I’m right then your ass has gotta go.”

It was mentioned how WWE referred to Mark Henry as a “silverback gorilla” for a short time. He spoke up about that because he told the writers that had to stop.

“I didn’t like [it] and I said to the writers you will not refer to this black man as a silverback. I am not a primate. That sh*t stopped.”

Vince McMahon was behind Mark Henry and told him “if you feel that way then tell them that is not how you are going to be portrayed as.”

In the end, the sh*t did stop after Mark Henry put his foot down.