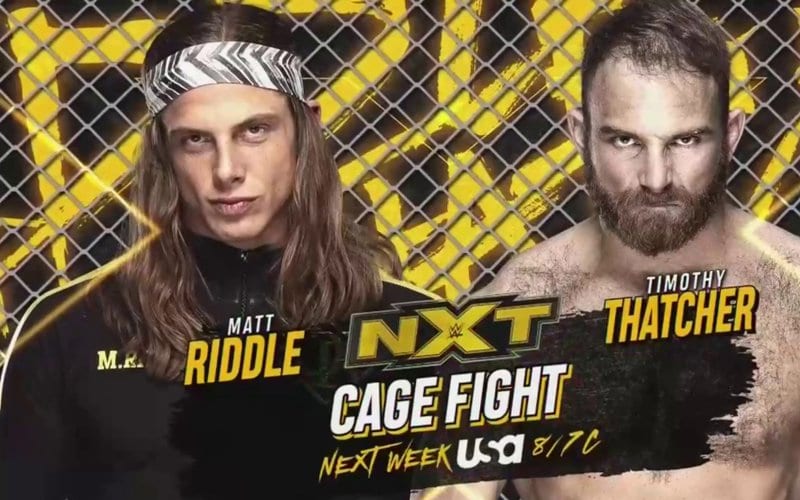 Drake Maverick was released on April 15th, but he has one more shot. He is still fighting for his job in the NXT Cruiserweight Championship Tournament.

El Hijo Del Fantasma defeated Akira Tozawa this week on WWE NXT. That put him in the final match of the NXT Cruiserweight Championship Tournament.

Then Drake Maverick pinned KUSHIDA to score a big win. That win for Maverick created a three-way tie in Block A of the NXT Cruiserweight Championship Tournament.

Byron Saxton came out to announce that Maverick, Jake Atlas, and KUSHIDA will battle in a triple threat match next week. The winner will face El Hijo Del Fantasma in the finals of the tournament.

This is a big announcement and it means that Drake Maverick’s story will carry on for one more week.

Timothy Thatcher laid down a challenge for Matt Riddle, but pinfalls won’t matter next time. The only way to win is by KO or submission. He said that Matt Riddle can pick the location. Riddle later upped the stakes and said that he wants it to be a cage match.

It was later confirmed that Matt Riddle and Timothy Thatcher will throw down next week in a cage match.