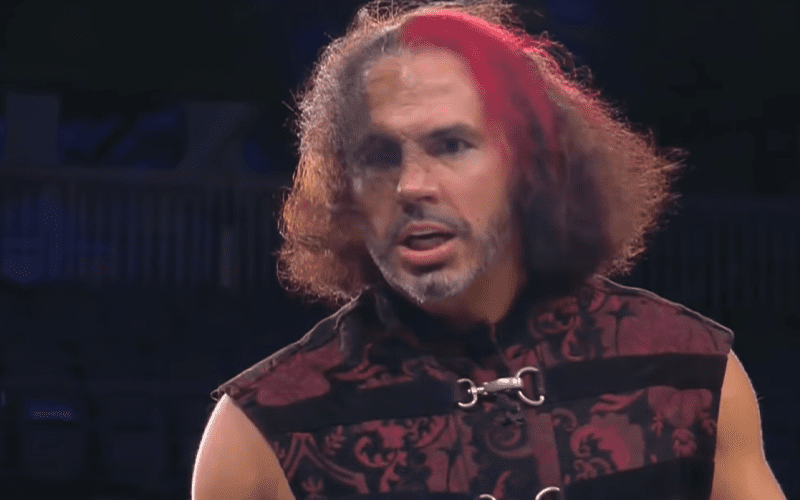 The destruction of Vanguard 1 on AEW Dynamite last week was hard to watch for fans of the Broken Matt Hardy persona, as he has long since been a prevalent feature in the bizarre gimmick.

Chris Jericho and the rest of The Inner Circle beat Vanguard down with a baseball bat, putting an end to the character – for now.

Matt seemingly made it official in the following clip by laying his good friend to rest.

You’d have to imagine that the Lake of Reincarnation could play some kind of role in bringing Vanguard 1 back into existence, or, alternatively, they could simply create Vanguard 2.

A few years ago storytelling like this would’ve seemed utterly bizarre, but somehow, in the world of Matt Hardy, it actually works.

During the Stadium Stampede match at Double or Nothing, you can bet we’re going to see some utterly crazy moments.