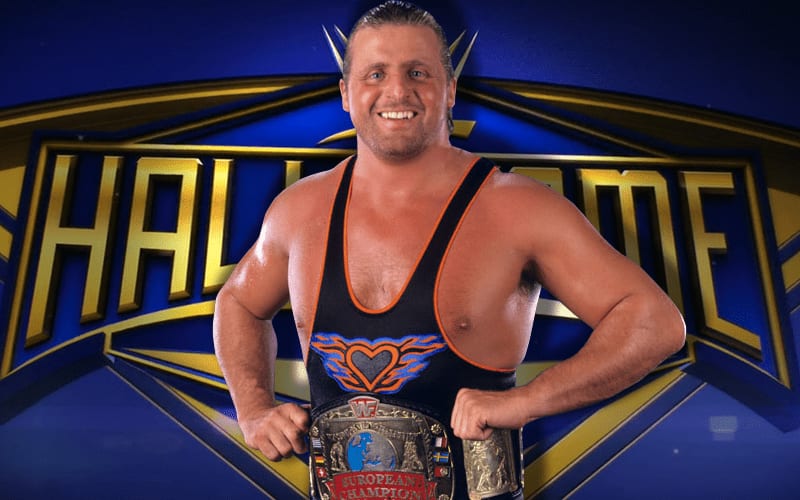 Owen Hart tragically died in 1999 and his wife Martha Hart is still keeping Owen’s legacy out of WWE’s pocket, and for good reason.

Hart has made it quite clear that WWE is at fault for Owen’s death. She will not allow WWE to make money of of her husband’s legacy. That includes WWE’s Hall Of Fame which Martha Hart considers fake garbage as she explained to CBS.

“There’s always been this talk that, ‘Oh, we want to put Owen in the Hall of Fame. Their Hall of Fame? They don’t even have a Hallway of Fame. It doesn’t exist. There’s nothing. It’s a fake entity. There’s nothing real or tangible. It’s just an event they have to make money. They put it on TV and have a celebration, and it’s just so ridiculous. I would never even entertain it. It’s garbage.”

WWE might like to have Owen Hart in their Hall Of Fame, but it’s not going to happen. It’s not likely that Owen Hart will be a part of any WWE merchandise, but at least Martha Hart allowed Owen’s first t-shirt in decades to be make outside of Vince McMahon’s company.