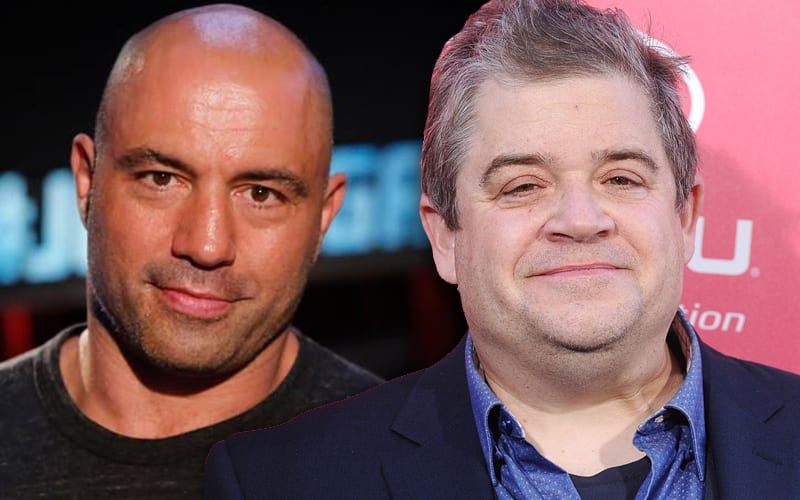 WWE is going through a tough time right now with zero live fans and dwindling interest. It doesn’t help that some people continually want to bring down the entire idea of the entertainment form by calling it “fake.”

Joe Rogan recently brought Patton Oswalt onto his Joe Rogan Experience podcast. They had a lively discussion that veered into pro wrestling in an interesting way.

Rogan brought up how people have reacted to being shocked that politicians have real-world problems. The UFC commentator used an analogy to compare this revelation to WWE admitting that they are scripted, but he said “fake” instead.

“We’re not under the illusions that they’re not real people. It’s almost like when they had to admit that WWE was fake. It’s like, ‘Okay, now we can just enjoy it for what it is. You don’t have to have these arguments with your friends over whether or not it’s fake.’”

Patton Oswalt was quick to defend WWE. He pointed out that yes, it is scripted, but the script calls for them to take incredible risks in the process. “No sh*t” it’s scripted, but it’s far from fake in terms of eliminating all risk involved.

“Yeah, but the thing about WWE that everyone keeps forgetting is, yes, it’s ‘scripted.’ But it’s scripted mayhem and destruction. They are scripting out these people, the men and women going, ‘In this script, you are going to fall 40 feet onto a table of glass.’ Yes, we scripted that to happen. But it’s still a person doing that. Like, there’s a level of adrenaline junkieness and athleticism that goes beyond, I think, athletics. So when people are like, ‘Yeah, wrestling’s fake.’ Yeah, no sh*t.’ It’s like when you watch a Jackie Chan film, that’s a scripted film too. Stick around for the end credits, he just got his skull knocked open. They literally punched a whole through his skull doing this stunt. So you’re dismissing something — you’re definition of ‘fake’ needs to be tweaked a little bit in this case.”

Joe Rogan saw his guest’s point and admitted that they are taking real risks with falls, but it’s not totally putting it on the line because they know the outcome. “It’s different than an actual athletic event,” Rogan said before admitting that it is still “badass.”