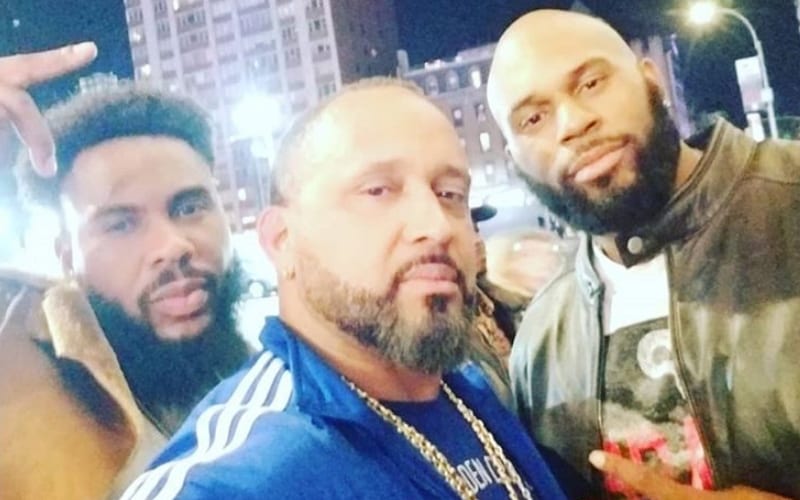 Shad Gaspard was pulled underwater by a riptide on Sunday. He was 39 when last seen. A day at the beach with his 10-year-old son turned into a deadly situation, but witnesses say he told the lifeguards to help his son first. After a big wave crashed down on him, the Cryme Tyme member was gone.

This is a very sad time for pro wrestling fans as they remember him. MVP knew Gaspard well and he sent out a long message to honor his friend. Along with this message, he posted a video of himself and Shad as they watched Kofi Kingston’s historic WWE Title win at WrestleMania 35.

Shad Gaspard had a HUGE heart. He was like an annoying little brother at times. We often gave each other a hard time, but always with love! He always had a big smile on his face and was ready to share a laugh! I have had a LOT of friends and colleagues die. This one hurts different.
We shared this incredible moment together. I was angry at him for sharing it. When this video went viral and people expressed their reactions to OUR reaction I realized Shad made the right call. I called him to apologize for cussing him out. We laughed. He recently sent me some of the screenplays he was working on. He had big goals. Big plans. His final act on this earth was to give his life to save his son’s.
A son, a husband, a father, a friend.
A hero…

MVP followed that message up by posting a photo of Gaspard and his son on the day of the tragedy. He captioned the photo with: “All heroes don’t wear capes. Some wear Timbs…”