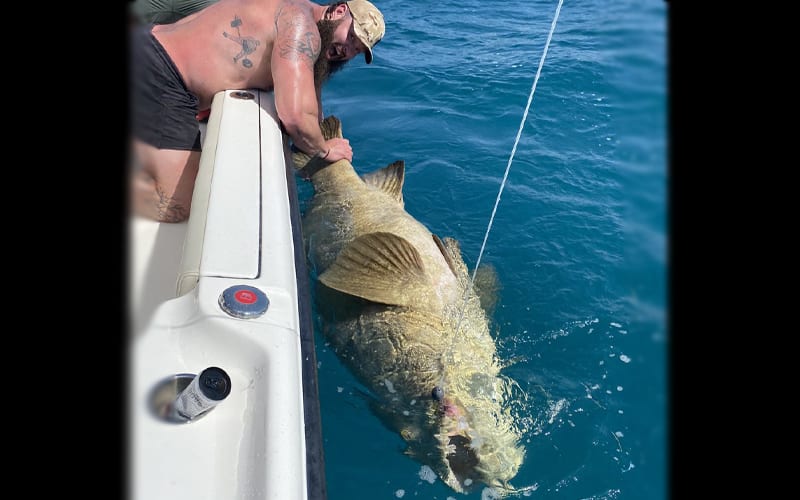 Braun Strowman is a monster, so it only makes sense that he catches monsters when he goes fishing. This is no exception because the Universal Champion just went out for a fishing expedition and he caught a huge fish.

Strowman showed off a photo of himself reeling in a Goliath grouper. He had a huge smile on his face and you could tell this was a big moment for him. It’s not every day that Braun Strowman catches something that rivals his own size.

We’ll never know how heavy the fish was, or it’s actual length. Braun Strowman was playing a little catch and release action out in the waters. It was still a huge fish that would have shocked most people to find on the other end of their hook.

Braun Strowman needs a Hunting & Fishing show at this point, but what would he call it? Sound off in the comments below!