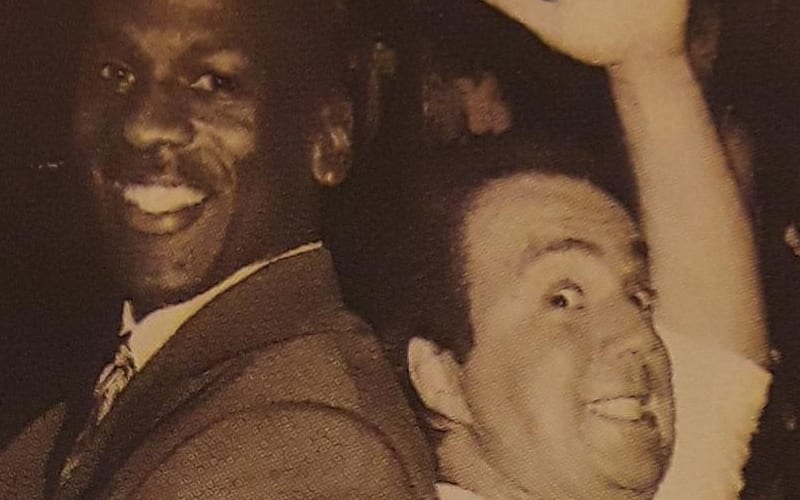 The final two episodes of The Last Dance aired last night, bringing an end to one of the most enthralling documentaries of the last ten years.

Everyone in and outside of the basketball world was hooked, with many beginners wanting to learn more about this truly historic team.

As it turns out, a certain advocate from professional wrestling knows a thing or two about getting up and close and personal with the one and only Michael Jordan.

This image appears to stem from Heyman’s time at Studio 54, where he was tasked with photographing the biggest and best stars from pro wrestling and – clearly – beyond.

Jordan was the kind of figure that had the potential to transcend sports, and we think it’s safe to say he did just that.

Heyman, on the other hand, could probably write a whole new book purely based on some of the celebrity interactions he’s had over the years.