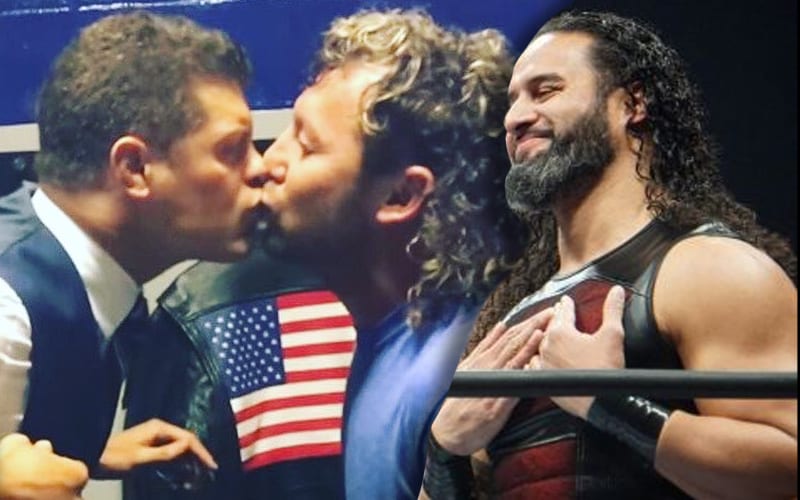 Tama Tonga is in NJPW, but you can never say never in pro wrestling. A rivalry might be brewing between Tama and Kenny Omega, and it started on Twitter.

Tonga fired a shot at Kenny Omega and Cody Rhodes first. He tweeted out a photo of the two AEW EVPs kissing with a quote saying: “We ain’t done bitches.”

Then Tama Tonga tweeted out another picture of Kenny Omega kissing a close male friend. This time he was locking lips with Marty Scurll. The quote said: “So much for Villain Enterprises.”

It’s unclear why Tama Tonga is suddenly throwing these kind of tweets out there. He is definitely sending a message to Kenny Omega. Let’s see if it amounts to anything or is Tama Tonga is just having a bit of fun on social media again.